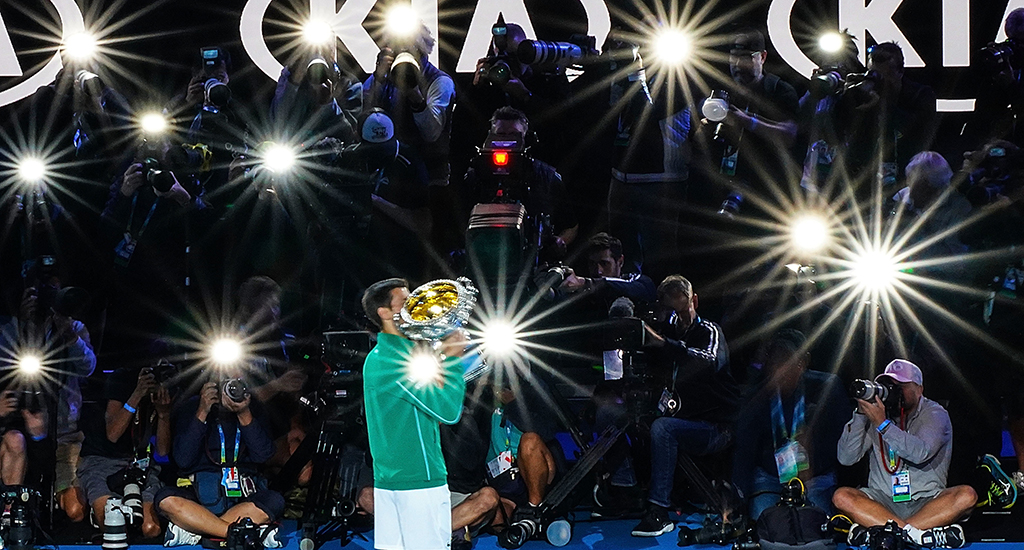 In Tennis Today, if you thought the achievements of Novak Djokovic were amazing before, just wait until you hear what his doubles partner has revealed, and it looks like a Davis Cup/ATP Cup merger is very much happening.

What’s on the site
Novak Djokovic is your Australian Open champion, and what a brilliant final it was against Dominic Thiem too.

It had almost everything. Djokovic had a medical time-out, but wasn’t actually injured. There was nothing sinister about it, though, as the man himself explains.

Djokovic also had a confrontation with the umpire, but is he expecting any disciplinary fallout from it?

The Serb then went on to reveal after the match that we may not have as much time to enjoy his brilliance as we think we do. Retirement plans already, ‘Nole?!

Finally on Djokovic, our man Kevin Palmer has explained why he may never get the love he wants, even if he does beat the Grand Slam record.

As for Thiem, there was heartbreak again, and he says he is desperate to win his first Grand Slam when the ‘big three’ are still active.

His heartbreak was all the more palpable since he could pinpoint the exact moment the match got away from him.

What’s in the news
Novak Djokovic is basking in the glory of yet another Grand Slam title, but fresh context has been offered regarding the sheer scale of his achievement.

Djokovic’s Davis Cup doubles partner Viktor Troicki has explained just how much adversity the world number one had to overcome compared to his peers, and how he has transformed an entire sport in their homeland.

“Novak has put our nation on the map with all the things he has done for our country,” Troicki said, as quoted by The Hindu.

“He is the most famous person in the whole country and the region. People recognise it, kids want to be like him.”

“We had nothing. There was no help from anyone except our parents, who were giving us everything they could.

“We had to go outside Serbia to even practice. Abroad, the kids that had everything — coaches, support behind them, the federations; we had nothing.

“We had to find it all on our own. That made us stronger and believe even more.

“Many, many, many players didn’t make it, but we are the fortunate ones who did.

“Now, tennis has become very popular in Serbia, probably the most popular [sport] and because of Novak there are a lot of kids playing tennis.

“Federation is also supporting more and we have more clubs and more courts to play.”

In other news, ITF president David Haggerty has confirmed they ARE talking to the ATP regarding a merger of the Davis Cup and ATP Cup.

“We are talking to the ATP, we’ve heard the players’ comments, we know that the ATP has as well.

“It would make sense to have one event that could be the team event for the men. We’re having discussions and we’ll see what happens.

“The vision to me seems to be having one strong event and we’re very open to that conversation.”

He added that meetings had already taken place and the ATP leadership was “very definitely” inclined to a single annual men’s team event.

“Our goal is over the next few months that we have some serious discussions and see if there’s some alignment.”

The AO hailed its hero.

And Rafael Nadal’s quarter-final exit at least gave him a chance to do some sight-seeing.