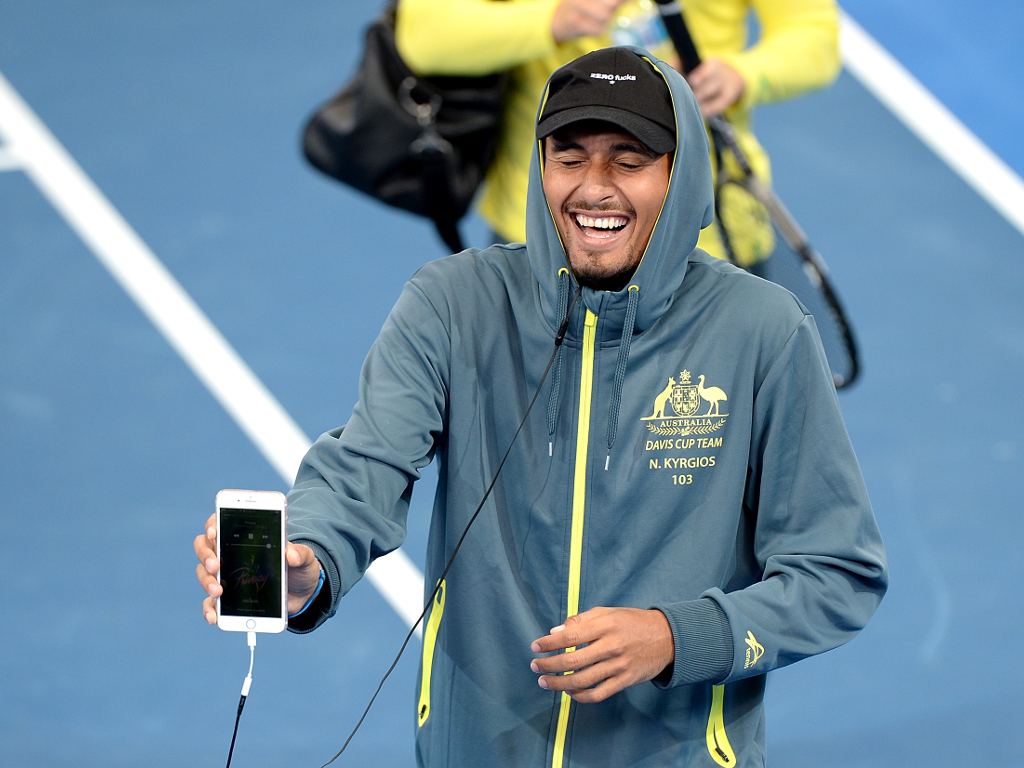 In Tennis Today, Nick Kyrgios challenged to a match by a Twitter user while Stan Wawrinka gets all sweaty.

What’s on the site
It is 25 years since Peter Sampras’ first ascent to world No 1 and Michael Graham recalls the emotion-filled moment.

The Queen’s Club event should be quality this year as Nick Kyrgios has joined the star-studded line-up.

What’s in the news
Is Novak Djokovic set for another reunion? His former sports coach Gebhard Gritsch says he would consider returning to the 12-time Grand Slam winner’s backroom staff.

“Novak is a pal of mine, he can rely on my assist at all times,” Gritsch told Informer.

The Houston Chronicle did a nice interview with Kyrgios earlier in the week about how he is getting his act together.

“I feel like I’ve matured massively since the first year I was on the tour,” the Australian said.

He is hoping to win the US Men’s Clay Court Championship, but admits he doesn’t like playing on the red dirt, saying “my shoes get dirty, my clothes get dirty”.

US Open champion Sloane Stephens did her part to help a school in impoverished Compton, California, as she unveiled refurbished tennis courts.

“We have to go into communities that are underprivileged and under-served and introduce tennis to them,” the American told Reuters.

What’s on social media
Kyrgios gets challenged to a tennis match.

Just playing quarters of Houston? These videos are embarrassing bro, stop playing and kidding yourself. Don’t mention me on twitter again. https://t.co/KhY2sMve7l

For those of you wondering, this is the man that has repeatedly called me out for the last 2 weeks, maybe I do have to be on my game ???? pic.twitter.com/E8fv1HLsPb

And the story continues.

Alright, put your money where your mouth is? How much you wanna play for? After Wimbledon I’m down, I’m gonna give you a little more time to work on your game ?? https://t.co/n3cSwHa4lQ

Alright, put your money where your mouth is? How much you wanna play for? After Wimbledon I’m down, I’m gonna give you a little more time to work on your game ?? https://t.co/n3cSwHa4lQ

Haha bro, let’s just stop this nonsense now. I got your followers up a little bit, lets leave it at that, use your money to improve and one day we can go head to head at a tournament ????????? https://t.co/lILvFIcp1m

Stan Wawrinka ‘crying from inside’

An inspirational message from Djokovic.

I wanted to share something simple I always try to remember. No matter how good you are at something, there is always more to learn, more to improve, more to explore… so keep your head in the game. I know I gotta keep mine. Monaco bound! #idemo #letsgo

Have a bit of Bjorn Borg returning to action after eight years away.

And the surprising return of one of the clay-court greats ??#TBT #RolexMCMasters pic.twitter.com/BYFEdPt0Vw

We all know the Daily Star is a massive Genie fan and as usual they have done a story on it.

What’s on TV
ATP
There is no live coverage of the US Men’s Clay Court Championships or Grand Prix Hassan II.