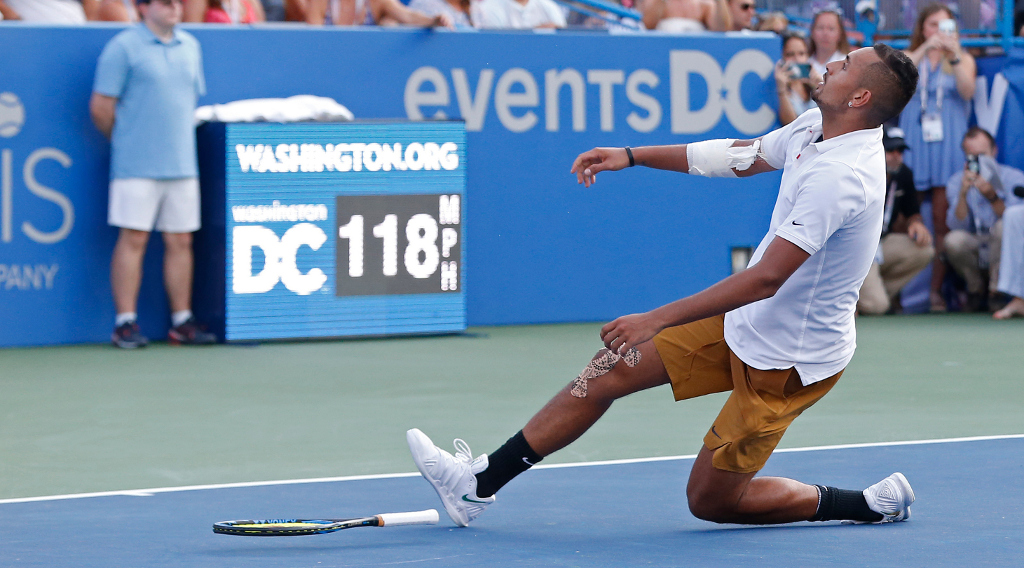 What’s on the site
He has only gone and done it! Nick Kyrgios came through the field, beating the likes of Stefanos Tsitsipas and Daniil Medvedev to win the Citi Open title.

Winning your home title is always high on the list of things to tick off and Dominic Thiem can certainly mark that one as done.

Rafael Nadal will be the only member of the Big Three in action in Montreal this week, but he has shrugged off his two great rivals’ absence.

On the 20th anniversary of what turned out to be Steffi Graf’s final WTA Tour appearance, we remember perhaps her most brutally dominant performance. A 6-0, 6-0 obliteration of Natasha Zvereva at the French Open.

What’s in the news
Sportsmail has an exclusive with Mike and Bob Bryan as the “American twins open up on injury hell, Andy Murray’s incredible comeback and why bio-hacking has ensured their incredible longevity in tennis”.

Who would have thought that the man who is only two Slams behind Federer’s record of 20 is in a better position than the man who is four majors behind?

The man of the moment.

He was at it again, was Nick Kyrgios.

Would you expect him to finish it any other way? ?? Congratulations, @k1ngkyrg1os! . . ??: @tennistv | @citiopen @k1ngkyrg1os #tennis #final #citiopen #matchpoint #tennistv #kyrgios #celebration #instasport

This should just be a Nick Kyrgios highlight reel.

The band (*insert cool boy band name here*) is back together.