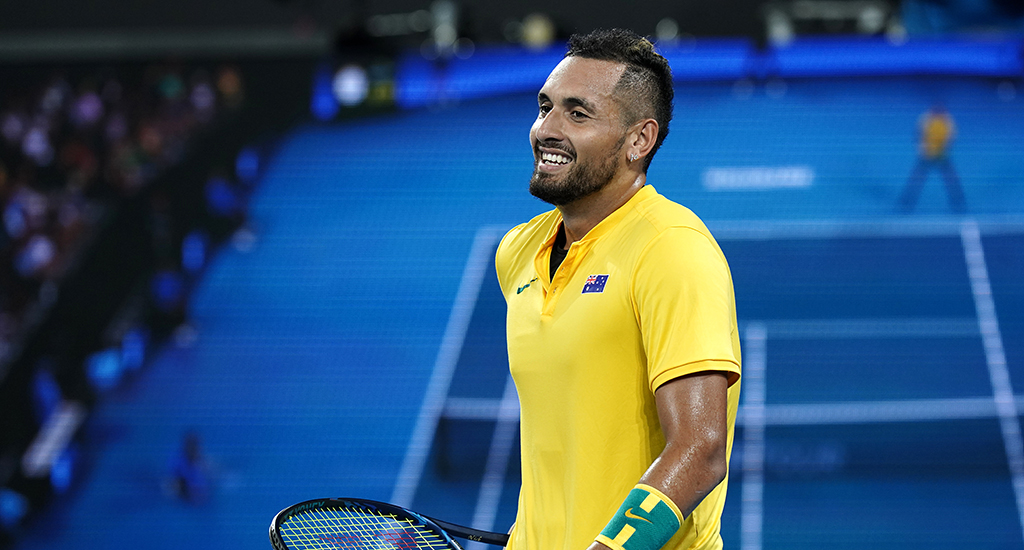 In Tennis Today, Nick Kyrgios is back on the underarm serve train, Tim Henman talks Andy Murray, and the ATP Cup witnesses maybe the finest act of rebellious sarcasm tennis has ever seen.

What’s on the site
It’s early that time of year again, so acquaint yourself with our stat-pack for the Australian Open which gets underway next week.

Right now, it’s all about the ATP Cup. It’s going rather well, with plenty of talking points, but it has rather understandably angered some of the biggest names on the WTA Tour.

Nick Kyrgios tends to demand centre stage, though, and he and Stefanos Tsitsipas certainly put on a lot of entertainment, which you can see here.

Roger Federer isn’t involved in the ATP Cup, but his first order of business when he arrives in Australia will be to join Rafael Nadal and Serena Williams in an all-star charity match to support victims of the bushfire crisis.

Away from the ATP Cup, Andrey Rublev is impressing at the Qatar Open, and Eugenie Bouchard is rekindling some magic in Auckland.

What’s in the news
Dominic Thiem has a new coach, and it’s one that comes with a serious pedigree.

The Austrian has managed to entice compatriot Thomas Muster into coaching, and he has been discussing it with the press in Australia.

“We decided to have a working relationship.” Thiem told reporters.

“We started early, before this tournament, but we were still undertaking some kind of trial here, which worked out very well.’

“So we’re going to do 20 weeks this year, and I think we are both looking forward to that. Try to achieve very high goals.”

“I think that there are many things that I can still improve. And then of course Thomas is the best player of Austria and all time by far, is the only one who achieved the goals I’m still having.

“I think it’s nothing better can happen to me than to have a guy from my own country to help me hopefully achieve these goals.”

Meawhile, Tim Henman has revealed that he had resigned himself to losing Andy Murray at the ATP Cup long before the Scotsman actually confirmed it.

“I was aware that was likely to happen,” Henman told reporters, as quoted in the Telegraph

“Once there were problems in the Davis Cup [where Murray edged past the low-ranked Tallon Griekspoor and then sat out the remaining three matches]… I wasn’t holding my breath, put it that way.

“It is disappointing that we haven’t had Andy [in Sydney] both on and off the court, because he contributes an enormous amount. But it is what it is.”

What’s on social media
Nick Kyrgios has been up to his underarm serving antics again, and he maintains it is an absolutely legit tactic.

Nick Kyrgios on his use of the underarm serve: ” I think any time in a match where the opponent stops thinking about what he needs to do and starts focusing on external things like that, I think I’ve got an edge straightaway. If it gets in Rafa’s head, then it’s a success.”

Pablo Cuevas is a master of physical sarcasm…

Pablo Cuevas got given a warning for a lack of effort, threatened to leave the court, was convinced to stay by Nikoloz Basilashvili, and then did some trolling. #ATPCup pic.twitter.com/AVsyF9xrSe

Who is David Goffin immitating?

And how about THIS for an epic rally?