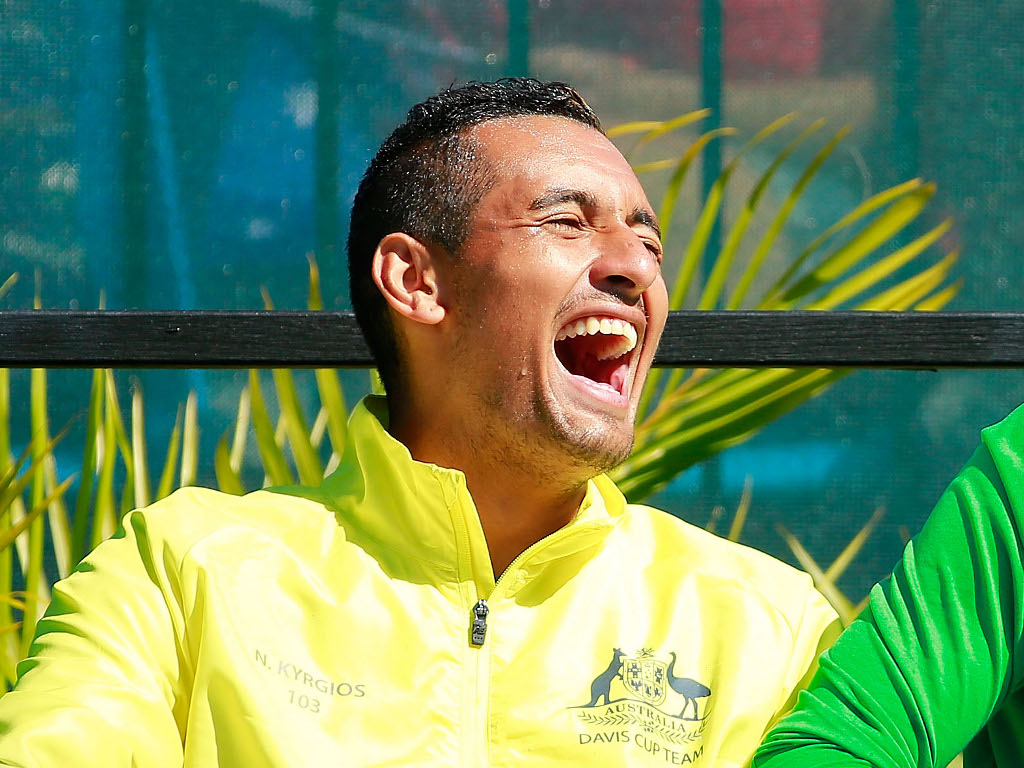 What’s on the site
How do you prepare a perfect grass court? We seek expert insight from Queen’s Club grounds manager Graham Kimpton.

Australian Nick Kyrgios moved into the quarter-finals of the Fever-Tree Championships with a win over Kyle Edmund and then showed signs of his notoriously spiky temperament during the post-match press conference.

Over in Halle, Roger Federer had to fend off two match points to keep his hopes of a 10th title alive.

In Birmingham, Garbine Muguruza’s Wimbledon preparations suffered a setback as she was beaten in quarter-finals.

What’s in the news
Good news for Wimbledon fans as this year’s tournament will be screened in 4K HDR by the BBC.

BBC iPlayer will stream every match from Centre Court via Ultra HD and it comes after a trial during the FIFA World Cup that has seen one or two technical glitches.

Wondering how you can watch Wimbledon in 4K HDR on BBC? The Daily Mail has you covered.

“It’s important to get the message out there – to our young men, to our boys, to our daughters – to let that new generation, and let the generation now know that, let’s stop this,” Daily Mail quotes her as saying.

From important issues, to tabloid stuff from the Daily Mail as “Maria Sharapova opted for a casual appearance as she was spotted in the London district with a pal during a low-key stroll on Wednesday afternoon”.

Dan Evans is up and running in his Wimbledon pre-qualifying campaign as he beat Evan Hoyt in his first match, reports Telegraph Sport.

Next up is his “friend and contemporary Marcus Willis”.

Willis, meanwhile, told Press Association Sport, via Daily Mail, that “the All England Club ‘punished everyone’ when they forced Dan Evans to enter pre-qualifying”.

What’s on social media
If you are an Argentina fan you probably don’t want to read this, but Juan Monaco and Diego Schwartzman watched their country’s World Cup match against Croatia in Russia.

With Argentina losing, “savage b****” Andy Murray piped up and Monaco responded with the comments picked on Twitter by @lucysophiaj.

Kyrgios with a ridiculous tweener lob.

The master of the ‘tweener strikes again…

As he said on Instagram, he’s just “tryna have some fun”.