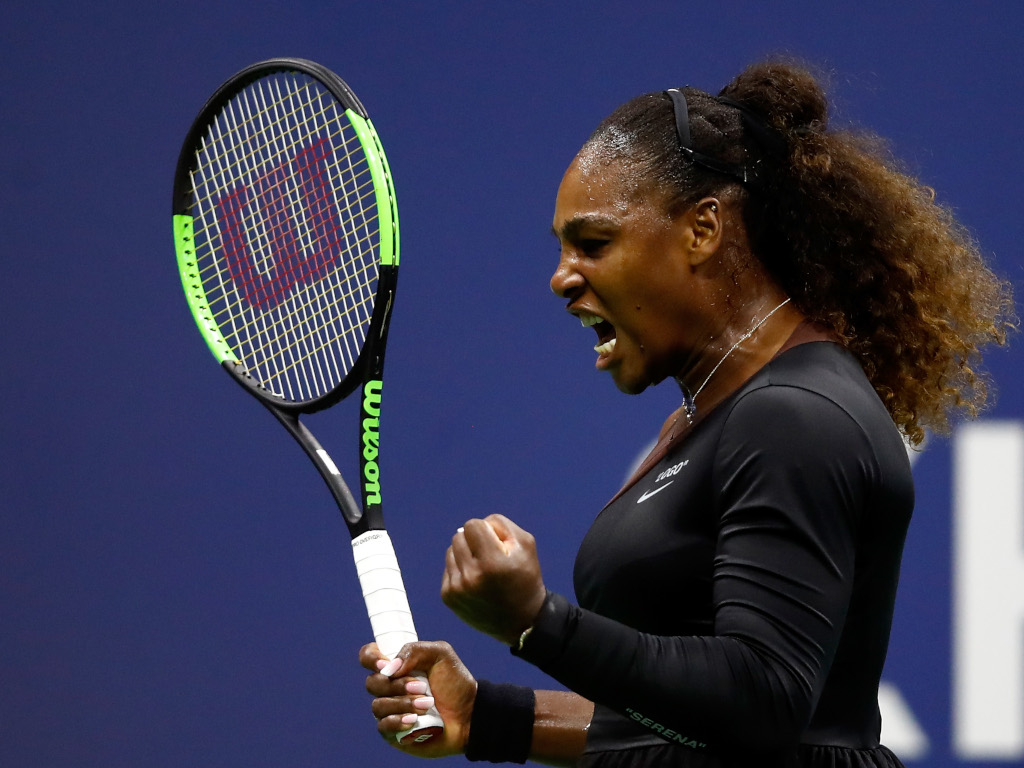 In Tennis Today, Nike released a new ad to mark Serena Williams’ return to Flushing Meadows while there were hiccups for Amazon Prime on the opening day of the US Open.

What’s on the site
Ever wondered how the US Open trophies are made? Wonder no more as we give you details in our US Open facts and figures piece.

World No 4 Alexander Zverev has turned to “smart man” Ivan Lendl to help him make his Grand Slam breakthrough.

It took less than two hours for the first US Open shock as world No 1 Simona Halep was dumped out.

Andy Murray gave a fitness update after he made a winning return to Flushing Meadows.

Other US Open results:
Kyle Edmund crashes out as Stan Wawrinka advances
Serena Williams hits the ground running
Kevin Anderson made to work for his win
Sloane Stephens and Venus Williams safely through

Finally, here is your gallery from a spectacular opening day at Flushing Meadows.

What’s in the news
Back to Roland Garros’ decision to ban Serena Williams’ catsuit and Jon Wertheim says it “defies explanation” in Sports Illustrated.

Greg Rusedski is writing a column in Telegraph Sport for the duration of the US Open and he has gone for Novak Djokovic to win at Flushing Meadows (Subscription).

Staying with Telegraph Sport and Charlie Eccleshare has done another Special report, this time it focuses on “The strange, slow death of American men’s tennis – and how US plans to bounce back”.

The Telegraph also has a nice interview with CoCo Vandeweghe, who says “it’s not too crazy cool” for her to get star struck by sporting icons, but she did “freak out” when she met Michael Jordan.

It was big day for Amazon Prime as they kicked off his US Open streaming, but it was not without problems and Daily Mail says “hiccups show broadcaster has work to do to prove it hasn’t bitten off more than it can chew”.

The Sun’s 7am Tuesday lead tennis story after the opening day at Flushing Meadows is “Caroline Wozniacki shows off her toned body as she poses in a white bikini for the Sports Illustrated swimsuit issue”.

Andy Murray and Kyle Edmund feature on the sidebar while further down the page they have “Brit tennis fans fume as Amazon decides against showing Heather Watson’s US Open match“.

On Monday Express Sport covered the net worth of players and today it’s all about the partners as they have pieces on Rafael Nadal’s girlfriend, Grigor Dimitrov’s partner, Andy Murray’s wife and Stan Wawrinka’s girlfriend.

If you don’t dare to try and chase your dreams, you’ll rob yourself the joy of doing it. Don’t just dream it. #JustDoIt