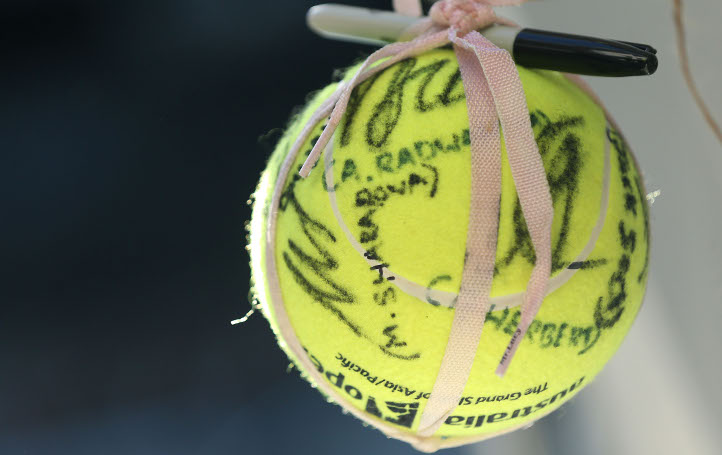 In Tennis Today, sporting stars who fell from grace, the latest on the ‘that’s my f****** dad’ incident and more.

What’s on the site
Tennis players don’t tamper with balls like the Australian cricket team, but that doesn’t mean we can’t take a look at sporting stars who have fallen from grace.

The Miami Open got quite heated as after the Thanasi Kokkinakis-Fernando Verdasco match, the Spaniard was involved in a Twitter row with Nick Kyrgios.

Then there is Greg Rusedski who is backing Novak Djokovic to regain his best form ahead of the French Open.

We also have the latest on Rafael Nadal and his return to the Spain Davis Cup squad.

Alexander Zverev is into the Miami Open quarter-finals yet again.

Meanwhile, Sloane Stephens was too good for Angelique Kerber.

What’s in the news
Telegraph Sport’s Tennis Podcast covers another interesting set of topics this week including whether or not Roger Federer will play on clay again and how long it will take Serena Williams and Novak Djokovic to regain their best form.

There are plenty of “surprise” and “big” claims in Express Sport. Alexander Zverev, Juan Martin del Potro, Neville Godwin and Carlos Moya all have a go.

Well no one saw this one coming, but the Daily Mail reveals that Boris Becker’s daughter looks a bit like, erm, Boris Becker.

It looks like The Sun only got their hands the Sports Illustrated Swimsuit Edition now as they have done a piece about Eugenie Bouchard. In case you were wondering, there are 13 pictures, including six bikini shots, and one video.

What’s on social media
Verdasco really was a busy man on Tuesday and he took to Twitter to make it clear that it was, in fact, not Thanasi Kokkinakis “f****** dad”.

Just for all of you guys to know. It was NOT Thanasi’s dad.

How good is it to see the green grass of Wimbledon again after it was recently covered in snow?

Ana Ivanovic showing off her new-born son. Well, sort of.

WTA Miami Open
Sloane Stephens and Victoria Azarenka battle for a place in the final while Venus Williams and Jelana Ostapenko are in quarter-final action.