Tennis Today: Novak Djokovic back on a tennis court, and Kyle Edmund dumps coach after nightmare 2019 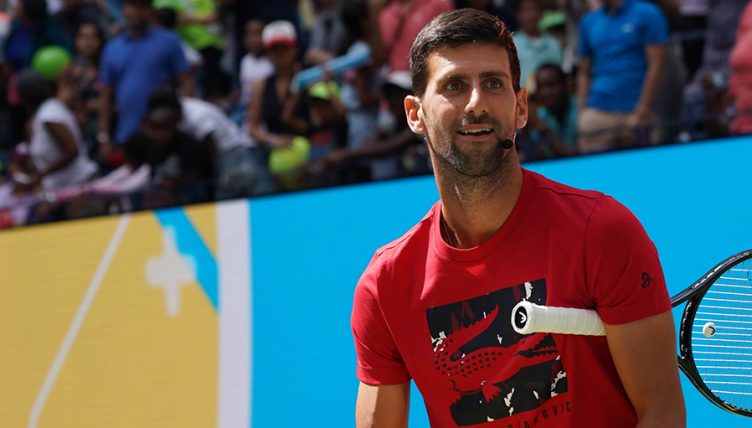 In Tennis Today, there is some hugely encouraging news for Novak Djokovic fans, while Kyle Edmund reaches tipping point as his form just keeps on getting worse and worse.

What’s on the site
We have a load of cool Laver Cup reaction, but the only real place to start is with a Rafael Nadal injury update.

The world number two was forced to sit out the final day in Europe’s win due to a hand injury, and he has been discussing what impact it’s likely to have on his schedule.

Nadal has also been discussing his relationship with Roger Federer, and it certainly sounds different to what it once was.

For Team World, it was another painful defeat, and captain John McEnroe didn’t mind admitting it.

Andy Murray is back in actin this week in Zhuhai, and he has warned fans not to expect anything even close to his best for a good while yet.

What’s in the news
It appears that Kyle Edmund has finally reached breaking point as his worrying decline continues.

The British number one has dropped outside the top 30 in the world this year, and suffered a fourth straight defeat in the Chengdu Open on Monday.

He has also struggled at the Grand Slams too, losing in the first round in Australian and the US and the second round at Wimbledon and Roland Garros.

It seems that has all prompted something of a rethink, with coach Mark Hilton making way.

Sky Sports claim, however, that it was Hilton himself who suggested the split.

Colin Beecher, who worked with Edmund as a teenager, will temporarily step into the role.

In much sadder news, a young WTA hopeful has sadly passed away in America.

Carolina Lewis, who is the niece of former Wimbledon finalist Chris Lewis, reportedly died ‘unexpectedly’ at the age of just 23 in Washington DC.

Rejoice, Novak Djokovic fans, because he is back on a tennis court after injury.

Look who is back to the office!… Wish you @DjokerNole a good recovery… Looking forward to see you fit at the @ATP_Tour pic.twitter.com/TGp7esEkDI

And it appears to be Davis Cup-related…

The most German ever picture of Boris Becker…

Kevin Anderson appears to be on the road to recovery…