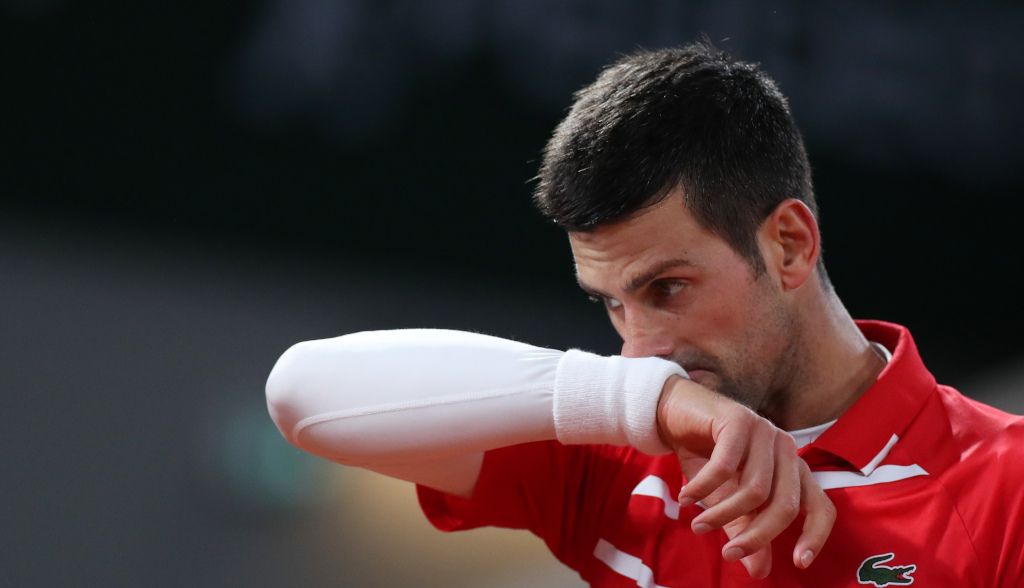 In Tennis Today, the Novak Djokovic fans won’t like this, but the world No 1 has scooped an unwanted award, Maria Sharapova’s upcoming wedding could be a royal affair while Bernard Tomic is a no-show for a final.

There is nothing quite like a good GOAT debate to get us going on a Monday so here is Australian doubles legend Todd Woodbridge explaining why he doesn’t think Roger Federer can be considered the greatest of all time.

Staying with Federer, Australian Open Tournament Director Craig Tiley says the 20-time Grand Slam winner as well as all other top players have committed to the season-opening Grand Slam.

World No 1 Novak Djokovic has joined the fight against COVID-19 in Serbia by funding the purchase of a high-tech machine that will help patients struck down by the virus. (Scroll further down Djokovic fans as we know you are only here for the other story so that you can go on rant.)

And in case you missed it, the 2021 WTA Tour season will start in Dubai while Melbourne will host three additional events.

The 2021 ATP Tour, meanwhile, will kick off in Delray Beach and Antalya with Melbourne also hosting three tournaments besides the Australian Open.

Finally, we know it is that time of the year for last-minute Christmas shopping so here is Kevin Palmer’s guide to picking the perfect tennis racket as a gift.

Sportsmail has done its Alternative Sports Personality of the Year awards and Novak Djokovic finds himself “in a whole new category” as he “won” the “Covidiot of the Year” gong.

He gets the award on the back of the Adria Tour debacle.

It is that time of the year again when Bernard Tomic starts making headlines (mostly for the wrong reasons).

The West Australia reports that Bernie reached the final of the UTR Pro Tennis Series over the weekend, but failed to turn up for the showpiece match.

The Guardian has a great interview with Julia Görges and she reveals that “Lockdown showed me life can be nice away from tennis, too”.

In case you missed it, former world No 1 Maria Sharapova announced her engagement to art dealer Alexander Gilkes a few days ago. Well, it was more a joint announcement as they shared it on their various social media accounts.

Entertainment Tonight gives you the lowdown on their love story.

But of course the Daily Mail has taken it further as they have pictures of Sharapova’s first workout session since the above announcement.

Of course, the Daily Mail has a separate story on the a possible “royal wedding” as they speculate that royals Princes William and Harry, and Princess Eugenie as well as Pippa Middleton could be on the guest list.

First things first, the Battle of the Brits Premier League of Tennis continues today and you can catch the action live on the LTA’s social channels.

Dominic Thiem has been reunited with a good friend.

Congratulations are in order to former Wimbledon champion Marion Bartoli as she has given birth to a baby girl.

There is no live tennis, but you can catch the 2020 Australian Open on Eurosport 1 HD on Monday while they will show previous years at Melbourne Park and Roland Garros over the next few weeks.

Of course, don’t forget about the Battle of the Brits live streaming.