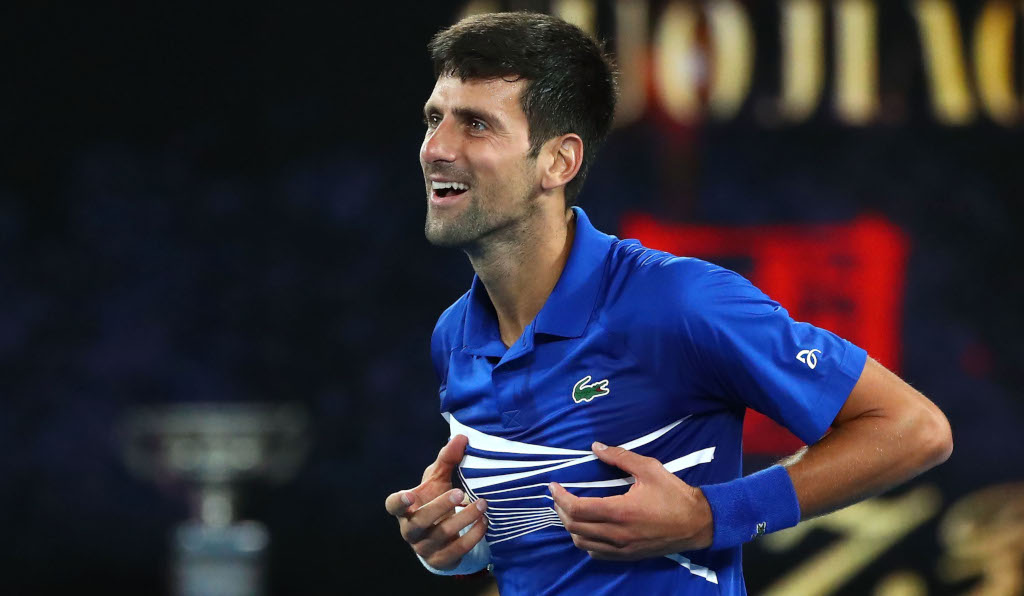 In Tennis Today, Novak Djokovic got his groove on after the Australian Open while super couple Gael Monfils and Elina Svitolina spread kindness.

What’s on the site
The season-opening Grand Slam is done and dusted and Isaac Seelochan looks back at the main talking points from the 2019 Australian Open.

Can Novak Djokovic win a calendar Grand Slam? The world No 1 has made no secret of the fact that he wants to win all four majors in a year.

We know Naomi Osaka is the new world No 1 after she won the Australian Open, but how many places did Simona Halep drop in the latest WTA Tour rankings? What about Serena Williams and Caroline Wozniacki?

Over on the ATP Tour, what happened to Roger Federer’s ranking after he failed to successfully defend his title? What about Stefanos Tsitsipas and Kyle Edmund?

World No 1 Djokovic was in a giving mood after his Australian Open victory as he gave away his shoes, racket and jacket to lucky fans.

It is round 11 of Lleyton Hewitt criticising the Davis Cup overall and this time he pulls no punches in his criticism of Gerard Pique.

What’s in the news
With Novak Djokovic edging closer to Roger Federer and Rafael Nadal in terms of Grand Slams won, it is of course time for another round of the GOAT debate.

Back to Hewitt and it looks like the public slagging match between the Australia Davis Cup captain and Bernard Tomic is over, for now at least.

The Sydney Morning Herald reports that Hewitt was asked about Tomic and replied: “I’m not going to waste my time on that now.”

Sara Tomic has come to the defence of her brother, telling New Idea magazine: “I know he hasn’t done anything wrong.

“There are so many times people lie about him and it really upsets me.”

What’s on social media
They really are our new favourite couple as g.e.m.s.life is spreading kindness.

Djokovic with some dance moves after his Australian Open win.

Stefanos Tsitsipas with one of those Uber Eats ads.

Starving while commentating a tennis match? Well… I have the solution to that! @ubereats | #tonightillbeeating

It’s been busy the last few days so excuse us for missing Tennis TV’s compilation of Robbie Koenig’s Best Commentary Lines: Out of Context