Tennis Today: Novak Djokovic ‘feeling out of shape’ in Japan as he returns from injury 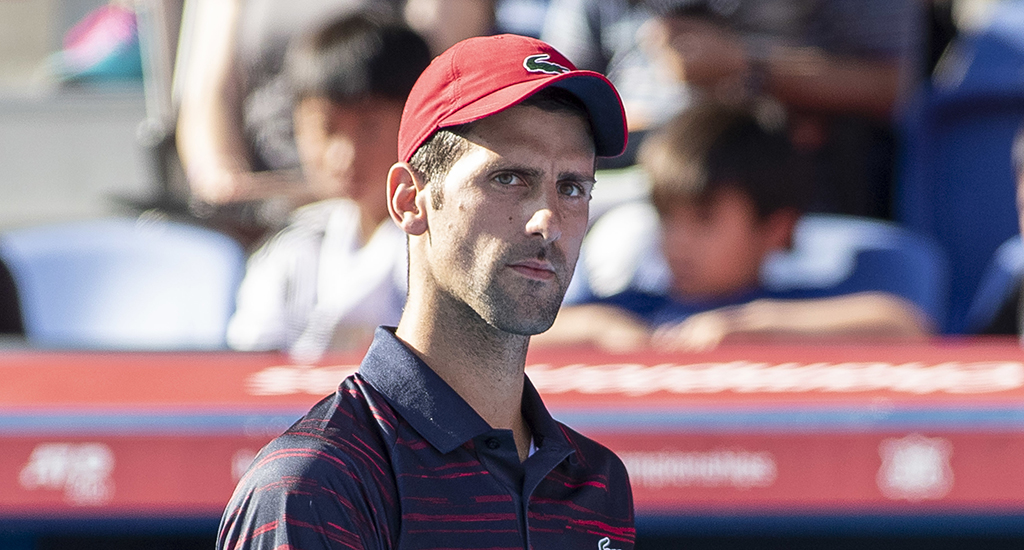 In Tennis Today, Novak Djokovic undergoes unusual fitness testing in Japan, and Maria Sharapova shocks the world by actually allowing herself to be seen with her boyfriend.

What’s on the site
The Asian swing steps up a gear this week, and the China Open draw looks absolutely stacked full of talent.

The man that is probably not great news for is Andy Murray, who has received a pretty tough draw that may not be all that productive in getting matches under his belt…

It does, though, as ever, present a chance to win some money off the bookies. Our man Deggsy was desperately close to landing a 50/1 tip last week, so it’s definitely worth seeing who he fancies for China and Tokyo.

Daniil Medvedev is impressing everyone right now, but has attracted a high-pedigree fan in Andre Agassi. He has been explaining exactly what he believes makes the Russian special.

What’s in the news
Novak Djokovic is feeling ‘out of shape’ – for sumo wrestling.

The world number one is making his comeback from a shoulder injury bt playing the Japan Open for the first time, and he has taken advantage of that by doing some unique promotion.

That meant a visit to Ryogoku Edo-Noren to attempt to move a 23-stone local sumo wrestler, which he couldn’t manage to do.

“It’s a great experience. I’ve never had this experience before,” Djokovic is widely quoted in the press to have said.

“It’s one of the most popular sports in Japan. Speaking with my father yesterday on the phone I was telling him that I’m going to have an opportunity to meet sumo wrestlers.

“He and I were remembering many years ago at home [when] we used to watch Akebono [Taro, who reached Yokozuna status], who was someone that we supported a lot.

“I felt that I am out of shape [for sumo] a little bit. I think with a few more kilos, I’ll be ready to compete.

“Probably three times as much as I have right now would be the right measurement for me to compete.”

Meanwhile, the Daily Mail has reported on Maria Sharapova making “a rare appearance with her boyfriend Alexander Gilkes” at Paris fashion week.

Sumo wrestling sport 🤼‍♀ is sacred in Japan. I had the of honor experiencing what it feels like to be up there with these warriors. I had a slight weight deficit but I was very close to moving the guy an inch. They say they eat at least 10.000 calories a day to be strong and big. Don’t know if I can match that to be honest 🤣 I remember following sumo during the 90s at home in Serbia with my dad and brothers and especially supporting Akebono Yokozuna. Where is he now so I can show him how big I became? 😃💪🏼 #NovakGoesSumo ⠀⠀⠀⠀⠀⠀⠀⠀⠀ Sport sumo rvanja je tradicionalan i vrlo poštovan u Japanu. Imao sma čast i zadovoljstvo da budem u “ringu” sa ovim borcima. Borac je u odnosu na mene imao malu prednost u kilaži. Kažu da jedu najmanje 10.000 kalorija dnevno da bi bili ovako veliki i snažni. Teško da mogu sa njima u tome da se nadmećem 🤣 Sećam se odrastanja 90tih i kako smo pomno pratili ovaj sport na televiziji u našoj kući i bodrili Akebono Yokozunu. Gde li je on sad da mu pokažem koliko sam porastao? 😃

Chris Evert appreciates her weekends more than most, it seems…

After years of working the weekends, it still feels great to have a nice relaxing Sunday- Hope you did too!

Maria Sharapova without boyfriend, at the same event that the Daily Mail reported on…

Thank you, @givenchyofficial and @clarewaightkeller for a beautiful evening in Paris. The collection thoughtfully embraced all the qualities of a chic, modern woman. One of each please 🥰💚

Call us cynics if you like, but we are still not really getting the ‘I miss tennis’ vibes from Genie Bouchard…