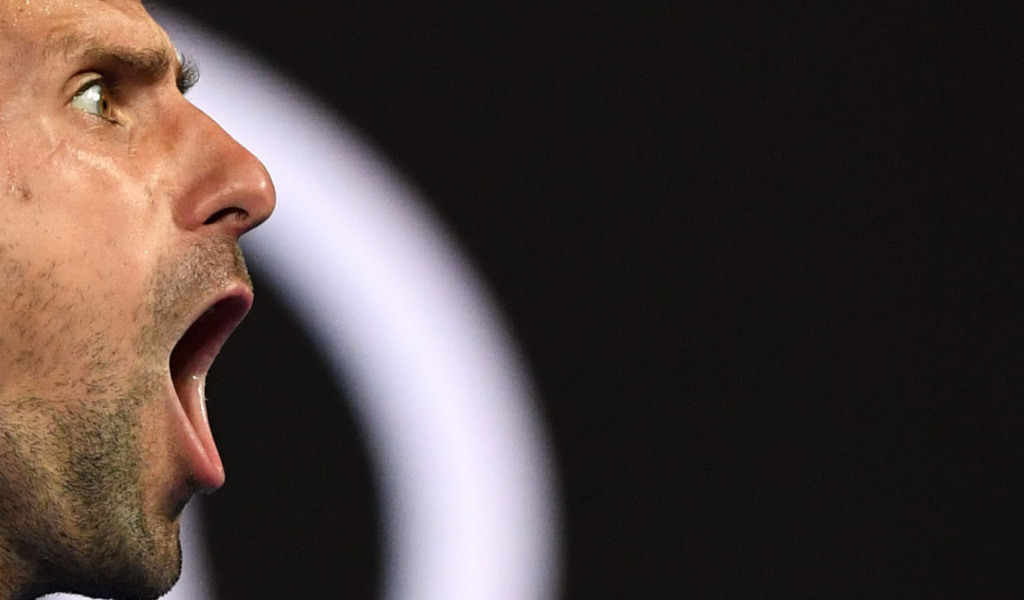 In Tennis Today, Novak Djokovic flips a table and loses his cool while Frenchman Elliot Benchetrit hits back after being called “a nasty piece of work”.

What’s on the site
Let’s kick things off by reminding you that you can follow the 2020 Australian Open with our live scores and results centre.

Staying at Melbourne Park and world No 1 Rafael Nadal is up and running, but he admits he played it safe early on during his first-round match.

How about Alexander Zverev’s generosity? After initially announcing he would donate $10,000 after each Australian Open win, the German then went further by saying he would donate his entire winner’s cheque if he ends up winning the title.

“I’m just playing for a lot more than myself. There’s not necessarily added pressure,” was Nick Kyrgios’ verdict after he won his opener.

Harriet Dart flew the British flag on day two and up next is “great champion, big name” Simona Halep.

What’s in the news
On Monday we reported that Frenchman Elliot Benchetrit was branded “a nasty piece of work” on social media after he asked a ball kid to peel his banana during a qualifying match at the Australian Open.

He was told off by the chair umpire John Blom, who said the ball girl “was not his slave”.

Here is some footage and do read the thread for the comments on #bananagate.

So this is the moment where Elliot Benchetrit asks the ballkid to peel his banana. I’m glad the umpire (John Blom) stepped in and told him off. pic.twitter.com/TK1GET68pG

Benchetrit has now hit back at the critics adding “I find incredible how this situation got out of control on social media”.

“At 6-5 in the final set, during the changeover, I asked the ball girl to peel the banana for me as I had put some cream on my hands in order not to sweat,” he is quoted as saying by CNN.

“She had done it once before at the beginning of the match. But the second time the chair umpire stepped in and told me that the ball girl was not my slave and I had to peel the banana myself.

“I could not believe that the umpire said that and I find incredible how this situation got out of control on social media without people knowing what really happened on court.”

Staying with the banana theme and Nick Kyrgios was not impressed after a journalist asked him why he tossed a banana into the crowd after his match.

“You’ve gotta do better than that, mate, come on,” Kyrgios is quoted as saying by WWOS.nine.com.au.

“Is it a serious question? Oh my God … next question.”

What’s on social media
Novak Djokovic losing his cool and flipping a table in anger? Yes, it happened, but Nole fans can relax as it was part of the fun as the 16-time Grand Slam winner took part in a game of Guess Whom? (copyright, etc.) with comedian Andy Lee.

Just Naomi Osaka giving shoutouts to fans who turn up for her matches.

Rafael Nadal reveals his highlight of 2019, and it’s not tennis related.

A world No. 1 ranking, two Slam titles and Davis Cup.

🦁 💓 into round ✌️ @australianopen #backthebrits