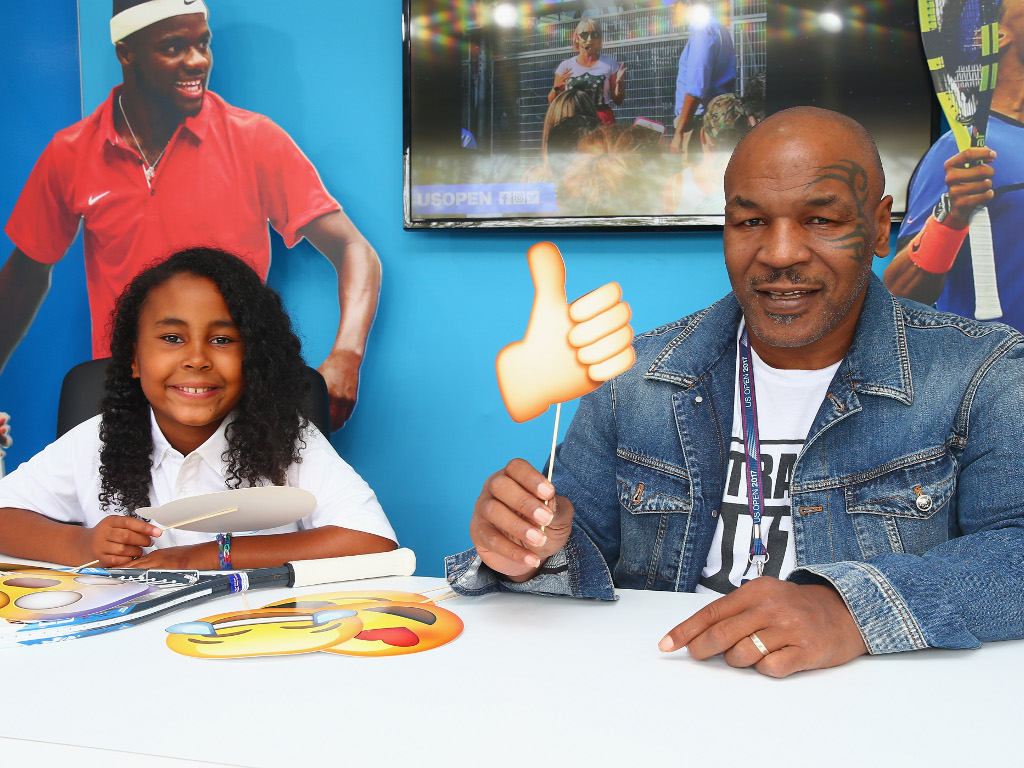 In Tennis Today, Novak Djokovic follows through on his promise to Mike Tyson’s daughter while Gael Monfils does his usual tricks.

What’s on the site
Stars from other sports could learn a lot from the way tennis greats handle themselves away from the court, writes Kevin Palmer as he looks at the good, the bad and ugly from tennis press conferences.

Five-time Grand Slam winner Maria Sharapova is going through a bit of a slump, but don’t write her off just yet.

In case you missed it over the weekend, Jordan Mortimer-Jones makes a case for why Roger Federer’s retirement would be good for tennis.

The big news from Indian Wells is that Novak Djokovic’s comeback has not gone according to plan.

But there was better news for Roger Federer and Juan Martin del Potro at the BNP Paribas Open.

In the women’s draw, top seed Simona Halep advanced, but Petra Kvitova is out.

What’s in the news
It was Mother’s Day on Sunday and The Telegraph did a very good piece on “the supermums of the WTA tour: striving to ‘have it all’ but too often forced to quit the sport”.

She’s only 16-years-old, but Amanda Anisimova has made her opinion about the gun laws in America clear.

“I think that guns should be banned,” she said shortly after claiming the biggest win of her career with a win over Petra Kvitova in Indian Wells.

From the hard-hitting news, we go to some typical Daily Mail stuff with the paper reporting that “Hall of Famer John McEnroe sold painting for $10.4million to undisclosed buyer”.

What’s on social media
Just Novak Djokovic playing tennis with Mike Tyson’s daughter, Milan. They have a history as the two have met up at Indian Wells in 2016 and 2017 as well.

The highlight of my trip at #bnppo18 was when @djokernole asked me to hit with him. My jaw dropped ?? I was even more surprised when he followed through with his promise. This says so much to me about the kind of person he is! Thank you so much @djokernole for taking time out of your busy tennis day to make the greatest moment of my tennis life thus far! I will always remember this! You have a heart ?? of gold! #classact #payingitforward #tennisdreams #tenniskid #instatennis #tennislife #usta #ustaambassador #ustainfluencer #netgeneration #netgennetset

Gael Monfils doing his thing during his first match at the BNP Paribas Open.

You can never watch enough videos about Monfils.

Sometimes you need to try the ridiculous to win a point. Unfortunately it didn’t come off for Pablo Cuevas.

A trickshot too far from the trickshot master ??@PabloCuevas22 #BNPPO18 pic.twitter.com/opTIOJpGVZ

But this one did work for Cuevas.

This sums up Grigor Dimitrov’s early exit at Indian Wells.

WTA Indian Wells
It’s the big one as Serena and Venus Williams clash for the 29th time in their professional careers.