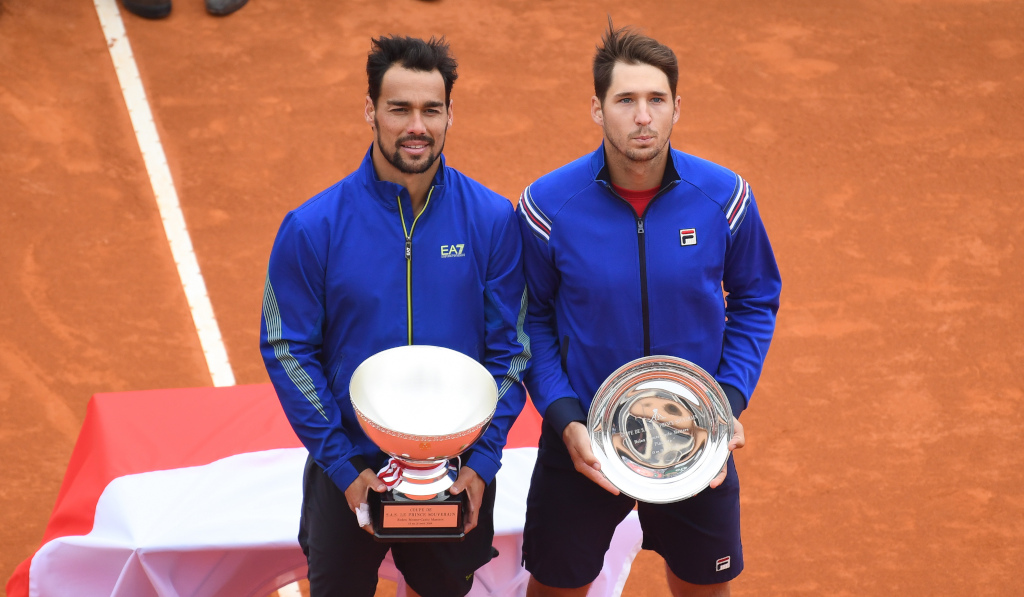 In Tennis Today, Novak Djokovic shares some kind words about Fabio Fognini and Dusan Lajovic after their Monte-Carlo Masters heroics while Serena Williams goes to practice without her balls.

What’s on the site
The EXCLUSIVES continue to roll in from Kevin Palmer following the Fed Cup this weekend and Laura Robson is the latest to chat to us about the upcoming World Group matches and her desire to be part of the Great Britain team.

The Barcelona Open is up and running and James Spencer wonders if Rafael Nadal’s wobbling form make for a relatively open field.

Unsurprisingly, Fabio Fognini was a big mover on the ATP Rankings following his Monte-Carlo Masters success.

What are the chances of Monte-Carlo Masters becoming a joint ATP-WTA event?

What’s in the news
The Justin Gimelstob court case has come to a close and The Telegraph reports that he has been “sentenced to three years probation as court hears attack caused woman to miscarry”.

Josh Boswell’s report “Gimelstob, an Association of Tennis Professionals board member, was found guilty on Monday of a felony assault, reduced to a misdemeanour by the judge after a last-minute deal with the LA District Attorney”.

Heartbreaking stuff from Madison Kaplan, who said: “Thankfully my husband survived, but our unborn child did not.

“My doctors said everything had looked perfect with the pregnancy before the attack. The only reason they could see causing the miscarriage was the stress from the attack. Justin might not have gotten his wish in killing Randy, but he did kill a tiny innocent little baby girl.”

Katie Boulter reached new heights this weekend as she helped Great Britain to a glorious win in the Fed Cup and her coach Jeremy Bates told the Daily Mail “she can be way better than she is now”.

Staying with the Fed Cup, Metro.co.uk says former Great Britain coach Judy Murray wants the World Group ties to be on free-to-air television after the BBC snubbed the Kazakhstan rubber.

Eugenie Bouchard spent some time on the beach and the Daily Mail is all over it.

Nick Kyrgios agrees with Stefanos Tsitsipas on something.

This I can agree with 🙊 https://t.co/SbqMvSdEbG

Mardy Fish makes an excellent point after Serena Williams forgot to bring the balls to practice.

Your Monte-Carlo Masters champion gets a hug from his No 1 fan.

Back to Serena and is this a future Grand Slam champion?

History in the making….