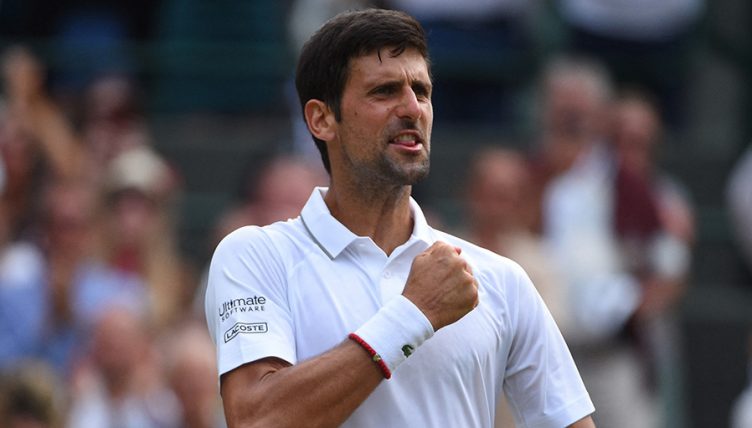 What’s on the site
The Laver Cup is happening this weekend, and it is awesome. It’s on the the third one, though, so if you are unfamiliar then we have you covered with a simple guide.

It also means that there have been plenty of opportunities for top players to tlak about their rivals, which is great news if you want to know what Roger Federer thinks of Rafael Nadal and Novak Djokovic.

What we really want to know, though, is just how long we have left to enjoy Federer before he retires. He has shone a little – not a lot – light on that this week.

And Nick Kyrgios is embroiled in a public argument with someone. Hardly ‘news,’ we grand you, but always worth a little look.

What’s in the news
Novak Djokovic took drastc measures to manage his then-unknown shoulder injury at the US Open, the Daily Mail have claimed.

The world number one retired injured in his last-16 match against Stan Wawrinka, later admitting he had been in pain with the injury for ‘weeks.’

Now it has emerged that Djokovic took his own oxygen chamber with him in a tractor trailor.

The artcile reads: “It is decidedly uncommon for someone to bring a hyperbaric chamber to have at their own disposal.

“He is also said to have brought in the lorry at other events in North America this year, such as Indian Wells and Cincinnati.

“A spokesperson from the US Tennis Association, which runs the US Open, confirmed to Sportsmail that his tractor trailer was standing in a car park by the Hall of Science, one of the museums located in the park around Flushing Meadows.

“A spokesperson for the player did not respond to inquiries.”

As the article also states, however, Djokovic does have a history of using hyperbaric chambers, with the earliest reported incidence going back all the way to 2011.

Whether there is anything more to the story, though, we will just have to wait to see.

In other news, fans of Stefanos Tsitsipas’ social media are set for disappoinment after he confirmed, ironically via socal media, that he is stepping away from Twitter and Instagram.

“My social media detox is still on it’s run,” he posted.”Two weeks in with all the apps deleted and honestly, it’s a great feeling so far!

“From now on, all social media posts, interactions and communication is going to be handled by the agency.”

If you love what you do, you will never work a day in your life. 😃🎾

IMPROMTU QUIZ TIME! Can anyone guess who Johanna Konta’s kit sponsors are?

This is my book cover face. Definitely not book cover hair though. 👩‍🍳