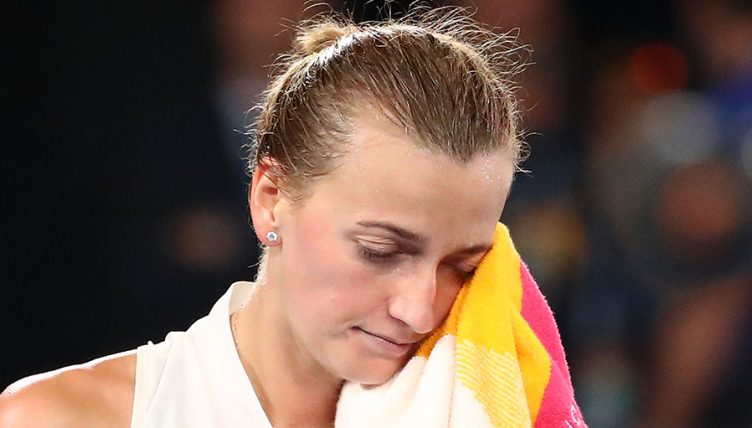 In Tennis Today, Petra Kvitova tells her horrible tale, and the most remote tennis court in the world may have been discovered.

What’s on the site
Top tennis coach Patrick Mouratoglou has, rather unsurprisingly and entirely without agenda, we are sure, been talking all about how brilliant and important top tennis coaches are.

In other, much more depressing news, the familiar post-Australian Open injuries are starting to roll it. The first Grand Slam of the season usually takes its toll on players and this year appears to be no different.

Naomi Osaka, who won the tournament in Melbourne to become the new world number one, has opted to pull out of next week’s Qatar Open with a back injury.

ATP world number three Alexander Zverev, meanwhile, is out of the Rotterdam Open with an ankle complaint.

What’s in the news
Australian Open finalist Petra Kvitova has told a court in the Czech republic that she “knew it was him the moment I saw him” after police showed her pictures of the man accused of attacking her at her home in 2016.

Kvitova suffered severe wounds to her playing hand in the knife attack, and she has been recounting the day in some pretty grim detail.

She told the court how the man had gained entry to her apartment posing as a workman sent to inspect her hot water system.

“He asked me to turn on the hot water tap and at that moment I had a knife against my neck,” Kvitova said, as quoted in the Independent.

“I grabbed it with both hands. I held the blade with my left hand. I snatched it away, I fell on the floor and there was blood everywhere.

“I gave him the money, he left, and I called the ambulance and then the police.

“All the fingers on my left hand had been cut, and the nerves in my thumb and index finger severed. Even today, the mobility is not 100pc.”

Mike Bryan has been invited to rub shoulders with royalty…

Dubai for 4 days. Why not!? 🤷‍♂️ Honored to be invited by His Highness, Sheikh Mohammed, to attend the CEO Summit. Gonna be a cool time in the desert! @kairoshq #ceo #summit #problemsolving #global #issues #health #education #poverty #jobs #debt #tennis

Elina Svitolina sticks a very public two fingers up at the new-year diet.

We were treated to a special Rafael Nadal and Novak Djokovic throwback.