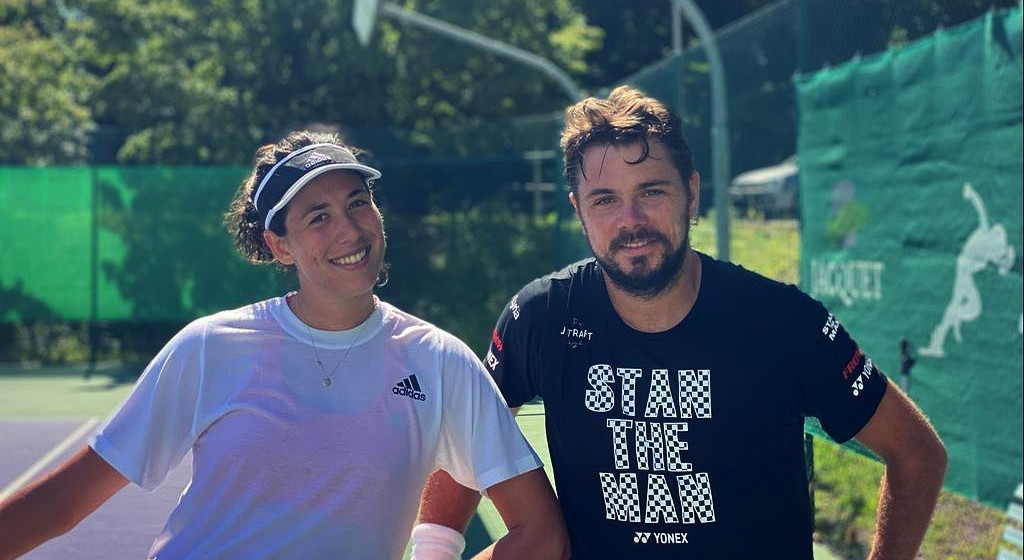 In Tennis Today, social media “detectives” have concluded that Stan Wawrinka and Garbine Muguruza are tennis’ new power couple, Roger Federer features in a new Mercedes Benz ad while we have plenty of Wimbledon nostalgia.

What’s on the site
Tennis Today makes a welcome return after its own hiatus and we get you going with an exclusive from Kevin Palmer as he spoke to super coach Patrick Mouratoglou about his vision to make the Ultimate Tennis Showdown a fixture on the tennis calendar.

Staying with super journalist Kevin Palmer and the Ultimate Tennis Showdown, he also has news about Matteo Berrettini’s US Open and French Open plans.

Before the tennis hiatus we constantly asked “who will replace Roger Federer, Rafael Nadal and Novak Djokovic at the top?” and after the lockdown we will ask the same question. Former world No 1 Stefan Edberg has named the player who is closest.

Another question ahead of the resumption of tennis is whether or not Serena Williams can win a record-equalling 24th Grand Slam title. Chris Evert believes she can.

Take a bow The All England Lawn Tennis Club! Wimbledon will pay out £10m in prize money to the 620 players who would have taken part in the 2020 Championships.

What’s in the news
Interested in a once in a lifetime experience of joining Andy Murray at Wimbledon and two Wimbledon men’s final tickets? If yes, then why don’t you get bidding through the ATP Coach Programme, in collaboration with the ATP.

The aim is to raise funds for coaches affected by the coronavirus pandemic.

This way for the Silent Auction Items where you can find the Andy Murray + Exclusive Experience at Wimbledon.

This way for the Prize Draw raffles, featuring signed rackets from the Big Four and ATP Finals tickets.

The World TeamTennis’ (WTT) regular season kicked off on Sunday and Reuters reports there were plenty of “elbow bumps and masked fans” in West Virginia.

Staying with Reuters, and they report that the Roger Federer-backed sports shoe maker On is “at an early stage” of preparing for a stock exchange listing next year. Citing NZZ am Sonntag, On is reportedly worth roughly 2 billion francs (about £1.7b) .

What’s on social media
Nothing like a bit of detective work on social media as the Twitter spies “confirm” that Stan Wawrinka and Garbine Muguruza are tennis’ new power couple.

Of course Wawrinka himself gave a big hint last month when he posted the following on Instagram. Muguruza posted a similar picture.

As part of #WimbledonRecreated, the 2001 Wimbledon final between Goran Ivanisevic and Pat Rafter will be screened from 2pm today.

You can also read our T365 Recall: When Goran Ivanisevic completed one of the most romantic stories at Wimbledon.

Let’s remember this iconic moment from Novak Djokovic after he won the Wimbledon 2019.

No Centre Court grass for @DjokerNole this year, so a quick bite at home will have to do…🌱#WimbledonRecreated pic.twitter.com/qKpoAaIvMZ

Simona Halep in her Wimbledon whites 🙁

Today would have been the ladies’ final. Thank you @wimbledon for your generous gesture to players and for taking such amazing care of us, even when the tournament is cancelled. True class. I didn’t get to wear this beautiful @nikecourt dress on Centre Court this year, but I cannot wait to be back as defending champion in 2021 🙏 #wimbledonrecreated @nikecourt

Husband and wife having a good time.

What’s on TV
ATP and WTA
Still no official ATP and WTA Tour events, but there are some live tennis going on as the World TeamTennis is up and running while the exhibition Berlin Bett1 Aces also starts today.