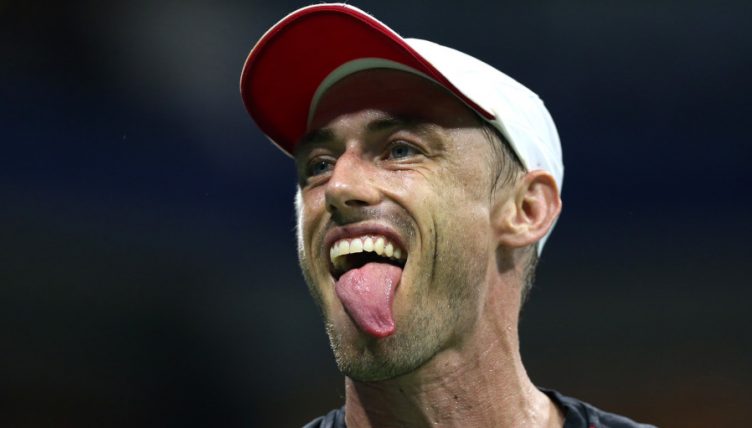 In Tennis Today, a punter is $35k poorer after Roger Federer’s shock loss at the US Open while John Millman’s colourful undies caused a few problems.

What’s on the site
No one saw it coming as unseeded John Millman stunned his ‘hero’ Roger Federer at the US Open.

If you read Deggsy Bilton’s tennis betting preview for week two of the US Open, then you would already have made money. Go on, give it a read as you can still fill your pockets.

Back to the results from Flushing Meadows, Novak Djokovic continues to look in great shape.

Maria Sharapova is out as the former winner lost against Carla Suarez Navarro.

And here is your lovely gallery from a dizzying day eight.

VIDEO: Defending champion Sloane Stephens continues to impress at the US Open with shots like this.

He/she would only have made $700. Ouch, indeed. This is why you need to read Deggsy Bilton’s betting preview and odds from Paddy Power Tennis Betting.

Daily Mail Australia has gone all out after John Millman beat Roger Federer. They even talk about Millman’s undies and have a picture of him his parents.

The Tennis Podcast feels Sloane Stephens has put down a marker at the US Open, but she is probably joint-favourite with Serena Williams, who continues to impress.

In The Independent, Jamie Murray remains on course to do the doubles double at the US Open as he reached the quarter-finals of the men’s doubles and the semi-finals of the mixed doubles.

What’s on social media
Who cares about beating Roger Federer? It’s all about the NFL fantasy draft for Millman.

When you beat @rogerfederer but all you’re worried about is your @NFL fantasy draft.@johnhmillman 😂😂😂 pic.twitter.com/8ItWjPbVEm

Everybody believes in something.. Most of all, we should believe in ourselves. Credit: @espn

Meanwhile, over at SW19…

Raising the roof – quite literally. The final phase of the No.1 Court Project is well under way, with the first truss for the retractable roof already lifted into place 🏗 . 📸: @jedleicesterphoto