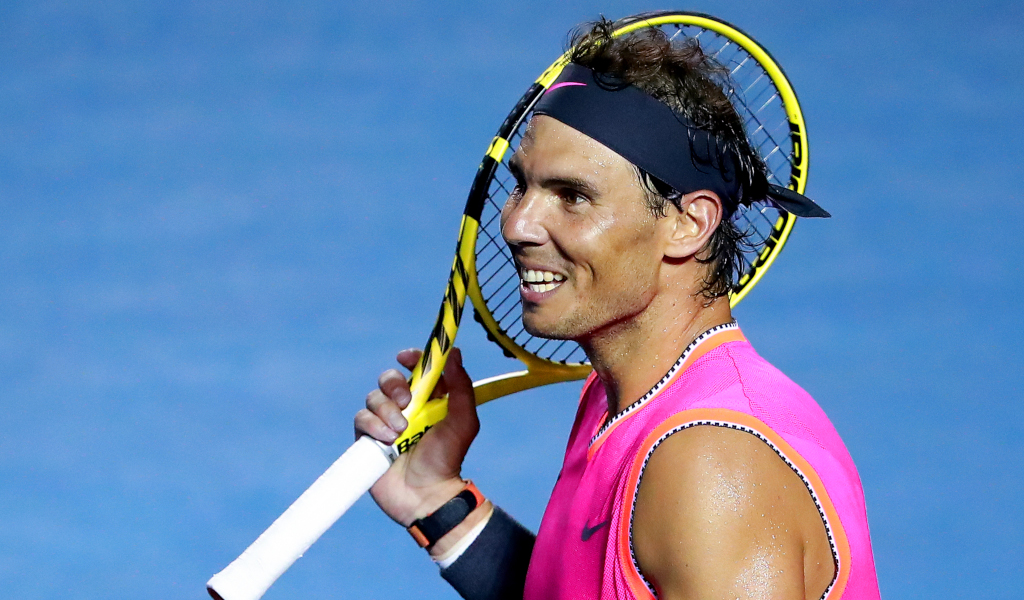 In Tennis Today, Rafael Nadal and Nick Kyrgios entertained everyone during and after their Acapulco match while the ITF’s new World Tour is still under fire.

What’s on the site
As Roger Federer goes in search of his 100th ATP Tour singles title this week, we take a quick look at the top 10 all-time record in the Open Era.

Unfortunately we won’t be seeing Juan Martin del Potro at the Indian Wells Masters as he has been told to take it easy.

And in further injury-related news, Maria Sharapova won’t play in the Miami Open.

The big on-court story overnight came from Acapulco where the Rafael Nadal-Nick Kyrgios second-round match lived up to expectation.

Meanwhile in the WTA event, Sloane Stephens crashed out.

Back to Federer and he is being forced to work quite hard at the Dubai Duty Free Tennis Championships as he required three sets to win for the second match in a row.

And then there was Federer expressing his delight with Belinda Bencic’s return to title-winning ways.

In case you are wondering why Stefanos Tsitsipas is on a social media break, here you go.

What’s in the news
Former world No 2 Magnus Norman, who currently coaches Stan Wawrinka, has written a new blog and quite a lot of it focuses on the new ITF World Tennis Tour.

“All the talk about integrity and playing on equal terms?? In my eyes this move morally wrong. ITF should be independent. Its short term money but I see a lot of things that is just morally wrong here.”

And then there is Sports Illustrated’s Jon Wertheim, who says the ITF’s World Tour is an “unmitigated disaster”.

What’s on social media
Everyone’s having fun on Twitter after the Rafael Nadal-Nick Kyrgios match in Acapulco.

The Tennis Podcast with the important details of the Nadal-Kyrgios match.

Your latest Insta update from Gael Monfils and Elina Svitolina.