Tennis Today: Rafael Nadal is awesome and everyone is oddly happy about it – except Mike Tyson 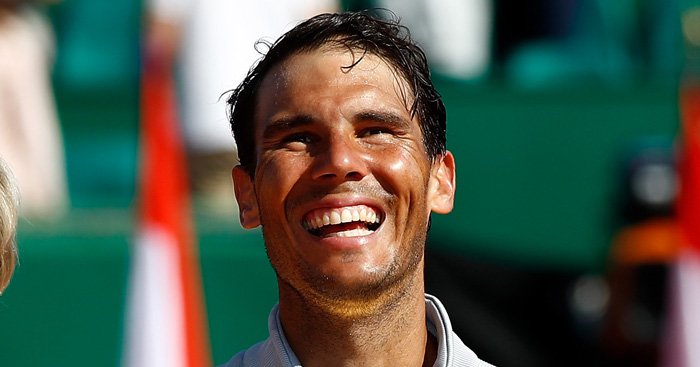 In Tennis Today, the whole world pays tribute to Rafael Nadal by happily accepting his dominance over them, except Mike Tyson…

What’s on the site
A veritable feast of tennis goodies, that’s what.

As you’d expect considering his continued Monte Carlo dominance, Rafael Nadal’s clay brilliance is dictating much of the agenda.

But what exactly makes the Spaniard so incredible on clay? Michael Graham explains the forensics of it here.

And also, is Nadal’s general clay awesomeness the big factor in Roger Federer’s withdrawal from the surface’s season? It’s an unpopular question, but one that needs asking, so we have.

He certainly can’t compete in terms of his record on clay, but who can? I’m glad you asked! Because we have the answers in our handy top 10 clay court players of all time.

Elsewhere, Andy Murray has been talking about his fitness fight, and has also received some words of encouragement from the newly-crowned 11-time Monte Carlo Masters champion.

Nick Krygios, though, is struggling himself with injury, and has pulled out of a couple of tournaments that make for less-than-ideal French Open preparation.

What’s in the news
Not a great deal, if we’re completely honest. Rafael Nadal is the news today, and we’ve got him pretty comprehensively covered in our own news section.

However, one big revelation* from the Daily Express is that Nadal has suffered a huge ‘SNUB’ from Mike Tyson, who reckons Roger Federer is better than him.

(* denotes story is highly unlikely to contain anything even close to resembling a revelation.)

What’s on social media?
In general, tennis stars took to social media all looking oddly happy at how ordinary Rafael Nadal has just made them look.

Novak Djokovic shows how we’d probably like to deal with a break-up with Andre Agassi too.

#EarthDay reminds me that some of my most favorite memories are from outside in #nature. Exploring, dreaming, napping.. 😂 How did you guys celebrate today? 🌎🌱♻️ #EarthDay2018 #EndPlasticPollution

Grigor Dimitrov gets on a plane.

Thanks for all the support in Monaco. Off to Barcelona! Thank you @jetsmarter for the ride ✈️