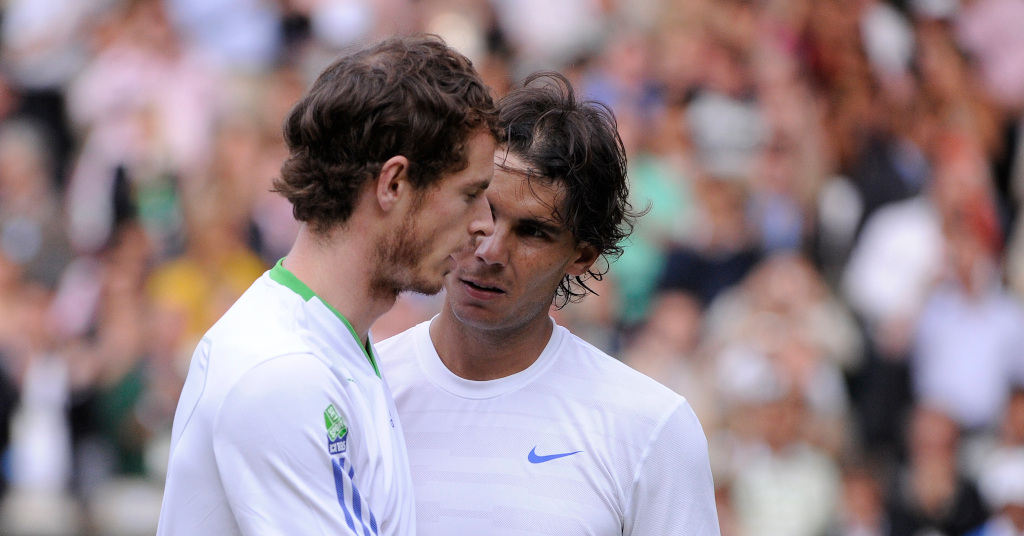 What’s on the site
Here is your US Open order of play for day three featuring Roger Federer, Novak Djokovic, Serena Williams and Ashleigh Barty.

Now for some of the fun and games that took place on day two and Stefanos Tsitsipas lost his cool as he crashed out. WATCH as he told the umpire “you’re French, you’re all weirdos!”

Of course Nick Kyrgios also made headlines in his opener as Steve Johnson asked him “you wanna f***ing play tennis or host a sh**show?”

And if you think that was the end of that “sh**show” then you are wrong as Kyrgios called the ATP “pretty corrupt” after he was asked about his Cincinnati fine.

There was no drama during Rafael Nadal’s opening win as he dispatched John Millman.

Andy Murray continued his ATP Challenger Tour journey at the Rafa Nadal Open as he won his second-round clash.

What’s in the news
The Telegraph reports that players are “petition to boost prize money on men’s tour as tennis’s backstage turmoil continues in New York”.

Here’s the interesting part as the story adds that “70 to 100 players are believed to have signed up, although many of the biggest names have declined”.

Metro.co.uk has another angle on the “turmoil in New York” as George Bellshaw reports that “Johanna Konta and WTA stars contacted to join ATP counterparts in fight for more prize money”.

“Yeah, pleasantly surprised by how involved they are. Yeah, especially Sloane, I was pretty impressed with her mindset.”

It’s a Nick Kyrgios kinda day so we’ll just run with it and Boris Becker says it would be “cool” to coach the Australian, according Eurosport, via Express Sport.

“I would like to coach him! I think that would be cool – a player who is not coachable,” the tennis great said.

What’s on social media
This is incredibly nice from Rafael Nadal as he has offered Andy Murray his boat.

‘I have offered Andy to use my boat if he would like.’

Rafael Nadal to Andy Murray, who is playing the Rafa Nadal Open in Mallorca.

No word on whether Nadal is playing the Murray Trophy in Glasgow. Yet.

There was also this from Nick Kyrgios during his match against Steve Johnson.

These are also not too bad.

Now this is a brilliant photo.