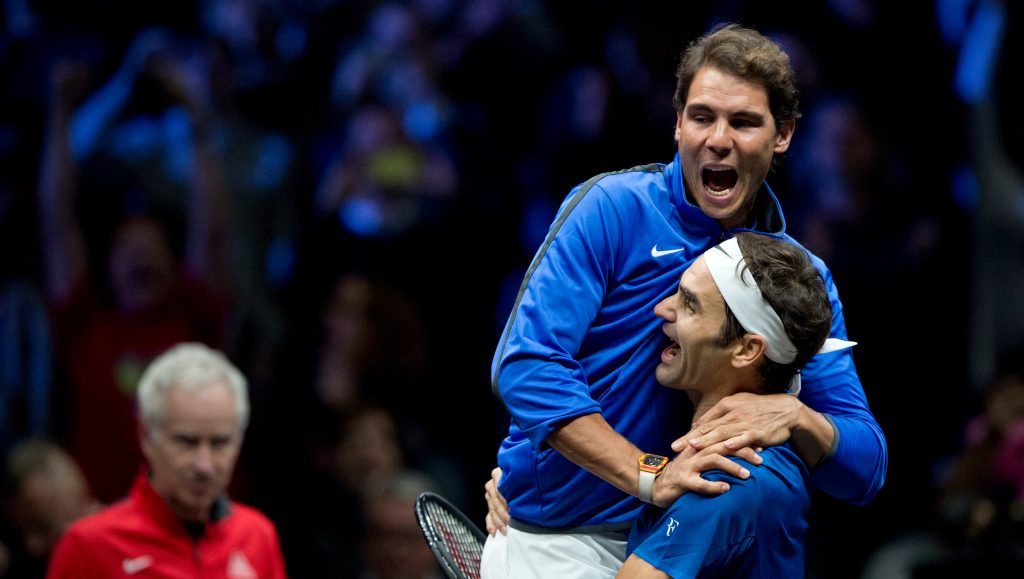 In Tennis Today, Rafael Nadal, Roger Federer and a few other players enjoyed a dinner date while Serena Williams can bank on the support of the Duchess of Sussex at Wimbledon.

What’s on the site
This way for your Wimbledon 2019 preview featuring Novak Djokovic, Roger Federer, Serena Williams and Johanna Konta.

And here is part two of our interview with Denis Shapovalov as the Canadian discusses the desire to break the stranglehold of the big four on the Grand Slams.

The Wimbledon seedings saga continues to drag on with Greg Rusedski saying he agrees with Rafael Nadal’s complaint.

Meanwhile, Cori Gauff has created a bit of history as she became the youngest person to reach the main draw of Wimbledon.

Away from Wimbledon, the Fed Cup has undergone a major overhaul with Budapest set to host the new Finals in 2020.

What’s in the news
Apparently the Duchess of Sussex will make another appearance at Wimbledon this year with Entertainment Tonight reporting that Meghan will attend “to support Serena Williams”.

There is a great interview with Andy Roddick on CNN Sport in which he talks about Roger Federer.

“I don’t think he’s naive enough to say, ‘Oh, I’m just another guy playing tennis,'” the American said. “He doesn’t think that and he shouldn’t, because he’s not. But I think he understands the power that he has and I think he is inherently a really, really true, honest, good person.
“But my biggest source of jealously is watching him practice, and it’s free and it’s easy. It doesn’t seem like there’s a lot of stress the day before a slam. He’s still saying hello to everyone in between points and he’s able to kind of operate with this ease and calmness.”

This is an interesting piece in The Telegraph as they reveal that “the All England Club has paid out almost £1million in prize money to British Wimbledon wild cards knocked out in the first round since 2014”.

Paul Jubb will be one of the British wild cards at Wimbledon this year, but if you need some inspiration on this Friday morning then do read The Telegraph’s “Meet Paul Jubb – the English orphan who was handed a Wimbledon wild card”.

The Daily Mail is focusing on the Canadians as they have a story “A teenage hotshot, the ‘CEO’ of tennis and a one-woman force they call ‘Genie’: The Canadian tennis stars taking over Wimbledon 2019”.

There is also Serena Williams, Novak Djokovic and Grigor Dimitrov attending an art exhibition in the Daily Mail.

Maria Sharapova, meanwhile, launched her new candy collection in London as per the Daily Mail.

John Isner has splashed out £30k on a rented house in Wimbledon for two weeks. The Sun has the story.

What’s on social media
Just a couple of tennis players having dinner.

Djokovic on his own at Wimbledon.

Some light-hearted entertainment from Tennis TV.