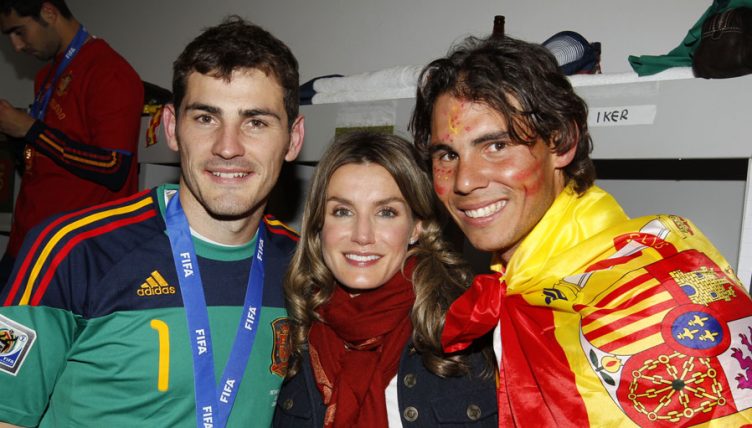 The World Cup continues to thrill the planet in Russia, mainly due to it being more open than any other tournament in history. But can you remember the year when Wimbledon was just as brilliantly bonkers?

Fear not if you can’t, because we’ve recalled it for you.

What are the biggest tennis stars really like on court? Well, who better to ask than a ballboy?

You can also check out our gallery from day two at Wimbledon here, and catch up with all the latest news from the All-England club here.

What’s in the news
Rafael Nadal made a successful start to his Wimbledon campaign, but he admits that his mind was still coping with Spain’s World Cup heartbreak.

The Spanish were dumped out of the tournament by hosts Russia on penalties over the weekend, and Nadal has opened up about it.

“That’s the sport. Probably is sad to say, but if we are not there is because we didn’t make the things well enough to be there.

“In the sport, in the highest level of the sport, when you play well, even playing very well you can lose, without playing well the chances to win are less. In that case, was not the best match for us.”

Staying with Nadal, there has been a lot of reminiscing this week about the 2008 Wimbledon final between the Spaniard and Roger Federer. It was unforgettable, right?

Well, not if you’re Caroline Wozniacki, as it turns out.

“To be honest, I don’t remember too much about it,’ Wozniacki said.

“Was that the year when Rafa was 1 and Roger was 2, they switched the seedings, then Rafa ended up winning the tournament?”

What’s on social media
Andre Agassi appears to be enjoying his visit to Wimbledon.

@lavazzaofficial and #Wimbledon!! Always a pleasure combining tennis and coffee.

As is former champ Marion Bartolli.

There is nothing like this place!!! @wimbledon I still can’t beleive my name is on this board of champions!!! #childhooddream 🎾🎾🎾🇬🇧🇬🇧🇬🇧💜

Wimbledon reveal their ethos. We approve.

And Goran Ivanisevic reveals his memories.

For Goran Ivanisevic, memories of 2001 at #Wimbledon helps to cure any bad mood… pic.twitter.com/3LkEj2SqVw