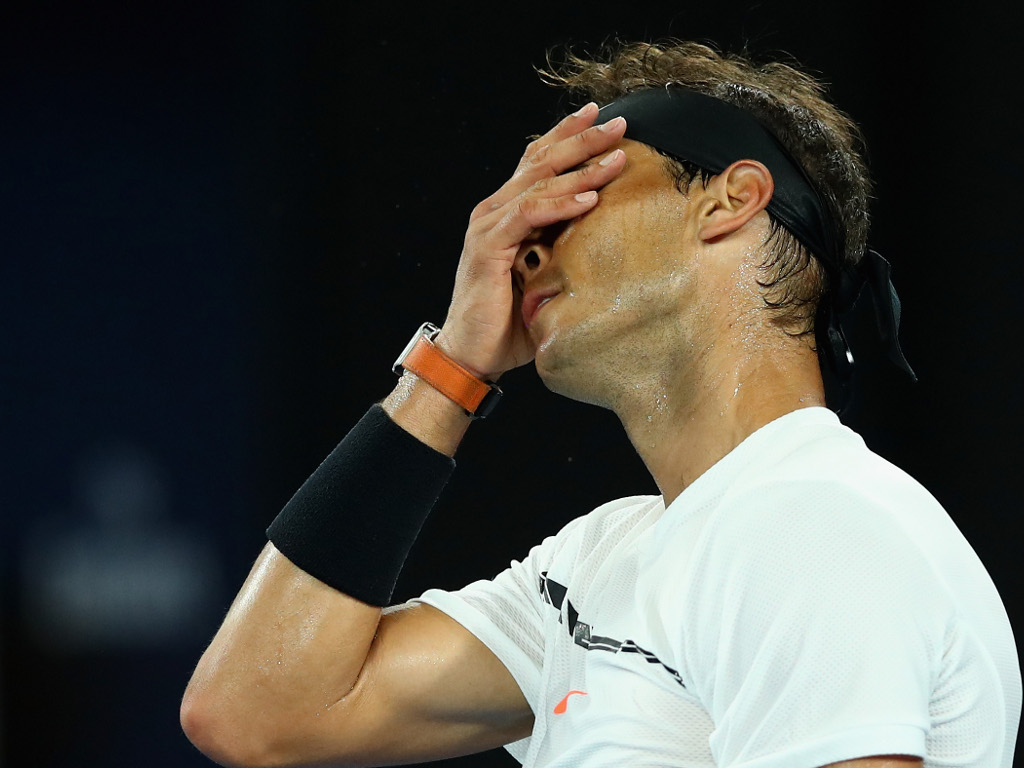 In Tennis Today, Rafael Nadal apparently “very bothered” after losing the No 1 ranking while Elina Svitolina hangs out with Francesco Totti and Alessandro del Piero.

What’s on the site
How many times has Roger Federer won the Italian Open? When last did Rafael Nadal win in Rome? Read our Italian Open: Facts and figures piece for this and more, including Maria’s magnificent run. Not that Maria though.

In our latest T365 Recall we remember when Goran Ivanisevic lost his Head during the Samsung Open in November 2000.

Then we have the Tennis Tales featuring Alberto Mancini’s dream spring of 1989.

We are yet to hear anything official from the Andy Murray camp, but according to the latest report even he doesn’t know if he will be fit for Wimbledon.

As for your weekend winners, Alexander Zverev was crowned the king of Madrid as he won the ATP Masters 1000 event while Petra Kvitova won the women’s tournament.

Over in Italy, Stan Wawrinka’s comeback was a short-lived one as he crashed out of the Italian Open.

Still have a few minutes to kill before your shift starts? Well, then do test your knowledge on the brilliant career of John McEnroe.

What’s in the news
He may have concerns over his fitness ahead of Wimbledon, but at least Andy Murray is close to the top in The Sunday Times Rich List of Young Sport stars.

He is No 2 to be exact with The Daily Mail reporting that he is £27m shy of golfer Rory McIlroy’s £110m.

How young does one have to be to make the “Young Sport stars” list? You have to 30 or under and Murray just makes the cut as he will turn 31 on Tuesday.

In case you missed it, Nadal’s failure to successfully defend his Madrid Open title means he has lost the No 1 ranking to Roger Federer. Although Nadal has previously stated that he is not bothered about the ranking, Sky Sports’ tennis analyst Miles Maclagan says the Spaniard is “very bothered”.

Speaking of Federer, we are sure you are wondering what the 20-time Grand Slam winner has been up to. Well, Sport360.com tells us he recently opened a new Rolex boutique in Dubai Mall. Not his own Rolex boutique though.

The British women have been struggling on the WTA Tour in recent months, but the Daily Mail’s Mike Dickson reports that Katie Boulter and Katie Swan are giving fans plenty to be excited about as they won tournaments over the weekend.

There’s a new twist to the revamped Davis Cup story as the latter stages of the new 18-nation World Cup of Tennis Finals could be “held in Madrid or in France so it doesn’t have to go to Asia”.

“We are looking at the final format and still nothing has been decided,” Spanish Tennis Federation (RFET) chief Miguel Diaz told Reuters.

What’s on social media
It was Mother’s Day yesterday so here is Victoria Azarenka and her son Leo.

And then there are the WTA stars wishing their mother’s a Happy Mother’s Day.

@elisvitolina meets @francescototti and gets the new @officialasroma kit! ???? Thanks Roma for a great night! #RomaJuve Check out our stories for more ??

Nadal and Dominic Thiem produced this in their quarter-final.