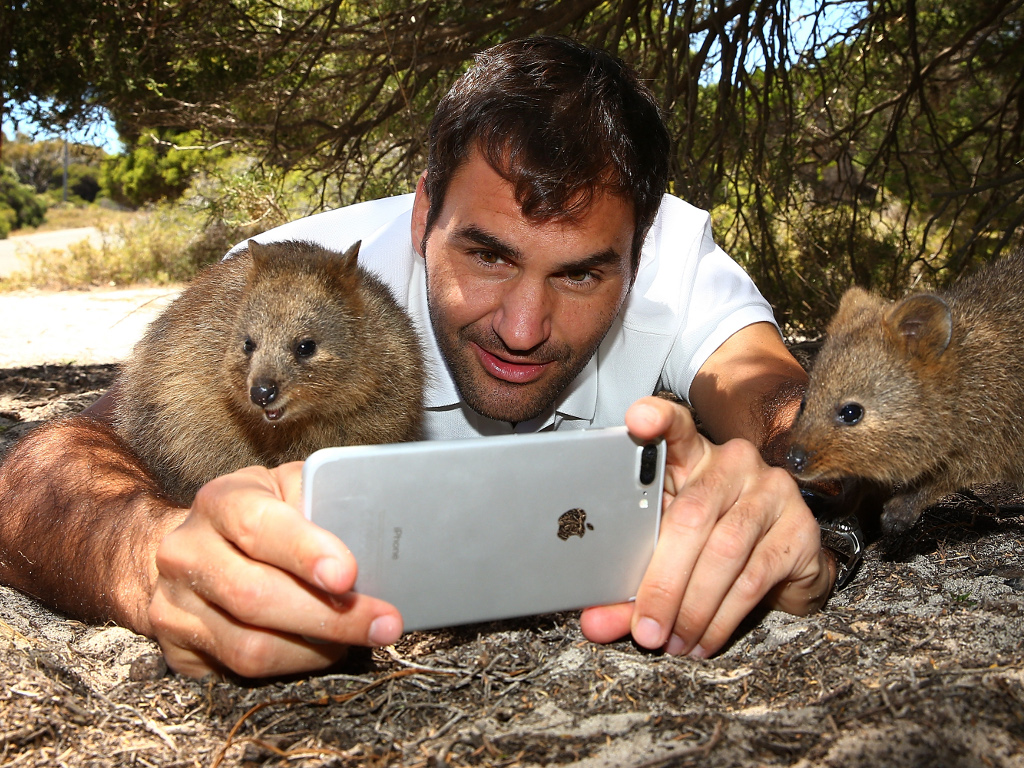 In Tennis Today, our Australian Open giant killings include “Rocky v The Spitter”, and Roger Federer does what he does best: break records.

What’s on the site
Dominic Thiem’s Australian Open participation is in doubt after he withdrew from the Kooyong Classic. Yes, we put the mockers on him with our prediction that he could win in Melbourne.

Our build-up to the first Grand Slam of the year continues with the Top 10 Australian Open giant killings. It includes that time “The Spitter” beat “Rocky”. You’ll have to give it a read to understand.

Also, check out Serena Williams’ moves off court in a quirky video.

What’s in the media
Telegraph Sport’s Charlie Eccleshare continues his series about “the state of tennis away from the elite tour” and in his second piece, he “meets players who are battling with depression”.

Back to Serena and in an interview with Vogue.com, the American talks “motherhood, marriage and making her comeback”. Anyone who thinks Serena lost her passion for tennis, this statement should put an end to that: “I absolutely want more Grand Slams”.

Some of you might get bored by this, but we will never tire of the Daily Express’ clickbait headlines. It brings out a chuckle every time.

Today’s headline “Roger Federer and Rafael Nadal can be upstaged by this star at Australian Open – Djokovic”.

It’s Nick Kyrgios, by the way, and Djokovic doesn’t really say he can upstage those two as this is his full quote: “Nick is in great form. He is a home favourite.

“Australians are always getting great support here. [Thanasi] Kokkinakis is a good player too. Anything can happen. It’s a Grand Slam.

“Every player is here with all his heart and energy, trying to do his best.”

What’s on social media
Nick Kyrgios produced the photo-op moment of the day at the Tie Break Tens.

Denis Shapovalov is turning into one of our favourites for Social Media and he will continue to make the cut when comes up with shots like this.

Novak Djokovic has a new footwear supplier with Ascis taking over from Adidas.

“Sport is not just a game. It is a way of life. My name is Novak Djokovic and #IMoveMe” @djokernole #WelcomeNovak #ASICSTennis #AusOpen

How good is it to see Rafael Nadal doing this?

Daria Gavrilova beat Sam Stosur on Wednesday and she also won the Shot Of The Day.

ATP Sydney International
It is semi-final day in Sydney and Fabio Fognini and Daniil Medvedev will be in action.

WTA Sydney International
It will be an all-Australian semi-final when Ashleigh Barty take on Daria Gavrilova while two-time Grand Slam winner Angelique Kerber will also feature.

Hobart International
Heather Watson’s fine form continued Down Under as she beat Donna Vekic in the quarter-finals. Next up is Elise Mertens for a place in the final.