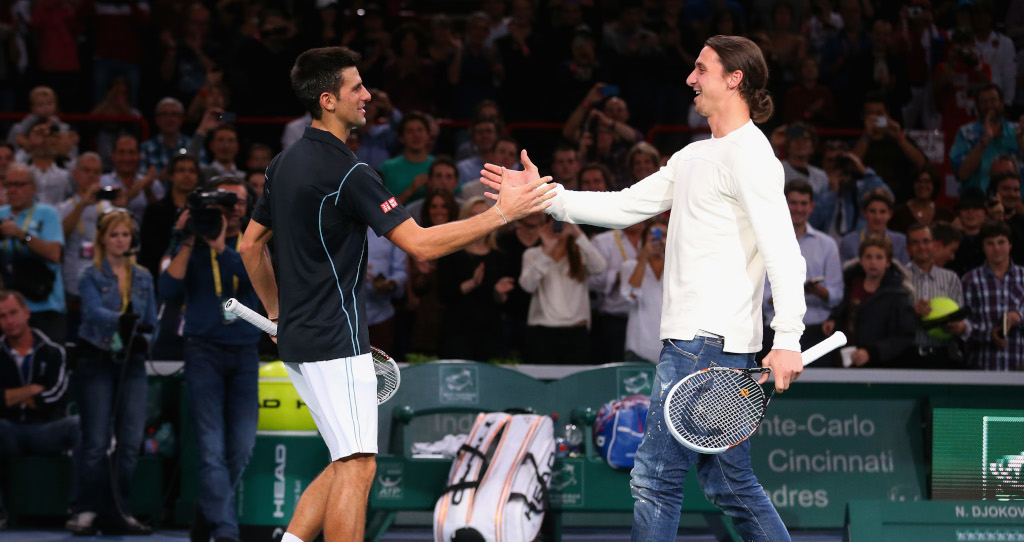 In Tennis Today, it’s a football special as Zlatan Ibrahimovic and Cristiano Ronaldo feature, but we do have plenty about tennis stars Roger Federer and Novak Djokovic as well.

What’s on the site
In case you missed Monday’s piece from Kevin Palmer on Roger Federer, then do give it a read today as it attracted a lot of attention on social media.

Federer was also accused of receiving special treatment on the ATP Tour by Julien Benneteau, but his rivals Novak Djokovic and John Isner have come to his defence.

Staying with Djokovic and Isner, the two opened their ATP Finals campaign on Monday evening.

In the other Guga Kuerten Group match, Alexander Zverev was too good for Marin Cilic.

What’s in the news
Back to Federer and the 20-time Grand Slam winner cancelled Monday’s practise following his defeat to Kei Nishikori, reports Reuters, via Daily Mail.

After a tough couple of days this should cheer Federer up as Daily Mail’s Christopher Stevens’s TV review of Running Wild With Bear Grylls states “Bear may be a Boy’s Own star, but Federer was the smash hit”.

“It was the champion’s candid conversation that made the episode stand out.”

Here you go…”ROGER FEDERER has described his win over Rafael Nadal in the Australian Open final as one of the most ‘beautiful wins’ of his career”.

Serena Williams has scooped another award as she has been named GQ Magazine’s “Woman” of the Year and here is a picture of the cover.

So what can be controversial about that, you ask?

Well, they decided put the word “Woman” in quotes, according to AOL.

However, there is a reason why “Woman” was in quotes as it was handwritten by Virgil Abloh and quotes are apparently his thing.

Doubles specialist Nicolas Mahut suffered a nasty collision with an advertising board at the ATP Finals…here it is.

Naturally the Frenchman wanted some protection around the boards, but Telegraph Sport reports he was “accused of play-acting” with his opponent Mate Pavic “accusing him of over-reacting to his fall”.

What’s on social media
It’s a Roger Federer kind of day so here he is talking about his sons playing tennis.

Cristiano Ronaldo watched the ATP Finals on Monday. Good thing he is a footballer and not a cricket player.