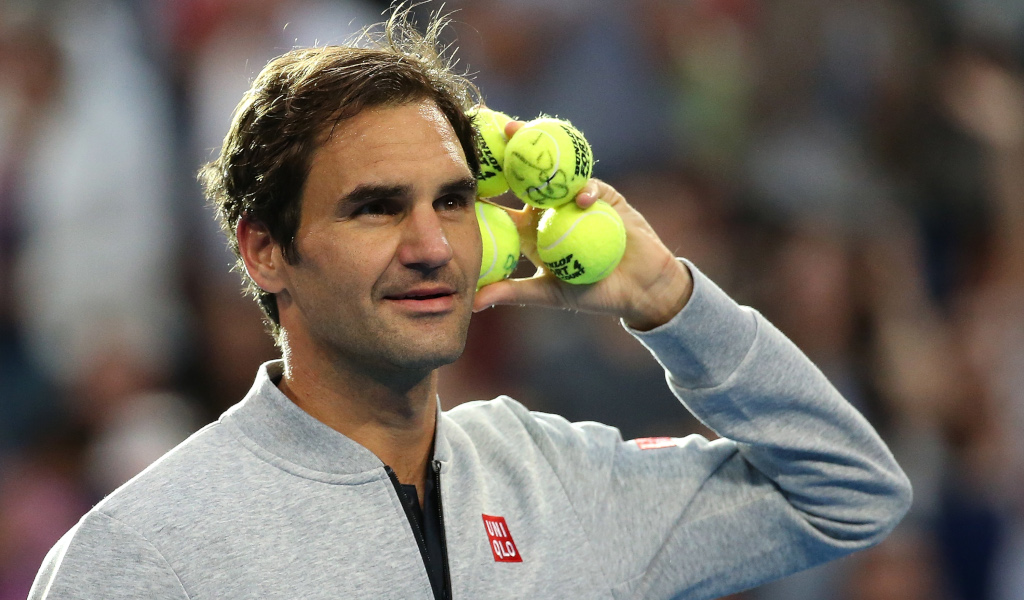 In Tennis Today, Roger Federer shows off his musical talent while Alexander Zverev gets drenched while playing tennis in a suit.

What’s on the site
We know the month of January was a busy one and you may have missed one or two important stories so why don’t you catch up with our A to Z of tennis. It features stories of blackmail, lazy comments and an Andy Murray “willy shot”.

The six seeds for the inaugural Davis Cup Finals in Madrid have been confirmed.

It is a bit slow in the world of tennis, but you can always keep yourself entertained with a quiz. Here is one of the true greats of the game, Stefan Edberg.

What’ in the news
As part of the build-up to Great Britain’s Fed Cup tie in Bath, the Daily Mail has an interview with Johanna Konta in which she “criticised tendency for tennis to be pigeon-holed as a summer sport” in the UK.

“Novak Djokovic claim made by Rafael Nadal insider after Australian Open win” is the headline on Express Sport.

Who is the insider? It’s Uncle Toni.

What is the claim? “You cannot saying [sic] anything about Novak Djokovic’s game in the final,” Toni told El Pais.

“You have to congratulate him for a tennis level that no one may overcome.”

What’s on social media
We know you are just here to see Roger Federer playing the piano. Without further ado…

Authentic jeans with all day comfort. #EZYJeans combine the classic look of jeans with the unrivaled comfort of joggers. With an elasticated waistband and super soft materials, life just gets more comfortable with each wear. #MyLifeMyJeans #LifeWear #RogerFederer #UNIQLO #jeans #UNIQLOLifeWear

Then there is Federer reading.

Whether you’re lounging or plotting your next big move, our selection of premium denim has you covered. All day comfort that fits your needs. #MyLifeMyJeans #LifeWear #RogerFederer #UNIQLO #jeans #denim

Or maybe you are here to see Alexander Zverev playing tennis in the rain while wearing a suit.

A bit late (apologies we are late with everything these days), but here is Tennis TV’s Funniest Moments & Fails for January.