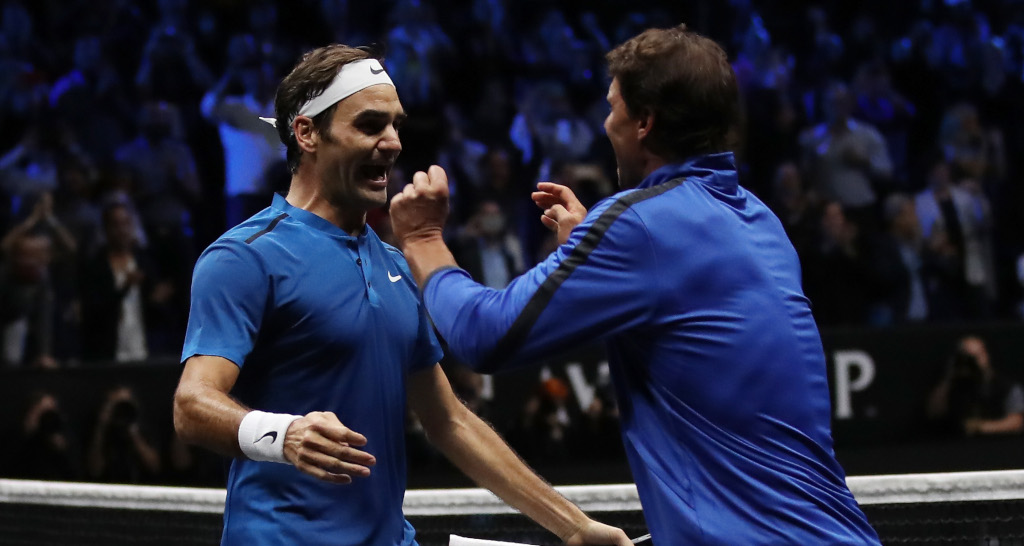 In Tennis Today, Roger Federer gears up for round two of his Laver Cup adventures with Rafael Nadal while Venus Williams has made a special request to ASB Classic organisers.

What’s on the site
It wasn’t a vintage year for Rafael Nadal, but the Spaniard rates his 2018 campaign as a “very successful season”.

Here’s a question you never thought we’d ask, but who do you think would come out on top of a hula hoop battle between Andy Murray and his mother Judy?

The Independent Review Panel has published its final report into corruption in tennis and believes no live score data of the lowest-tier events is the best way to combat match-fixing.

We look at some Orange Bowl winners who went on to win bigger and better things.

What’s in the news
The Guardian has a nice piece on how “‘Mini Hewitt’ Alex De Minaur continues to thrill mentor and idol”.

New Zealand’s Stuff reports that Venus Williams has requested to play on New Year’s Day at the ASB Classic with tournament director Karl Budge saying “we will try to work in with Venus’s team wherever we can”.

What’s on social media
Roger Federer ready for his latest Laver Cup adventure with Rafael Nadal. Bring on round two.

And here is a video on social media of Federer on court in Dubai.

Serena Williams and Olympia at the beach.

‘Anybody going through some real stuff.. I want you to just keep pushing, keep fighting, keep grinding and believe. It can’t storm forever. You are going to get through whatever you are going through. I promise you, if I can do it, you can do it.’ @isaiahthomas

Andy Murray was at the Orange Bowl recently.

What’s on TV
It’s almost time to report something, almost.