Tennis Today: Roger Federer the class clown and Diego Schwartzman getting kicked in the head 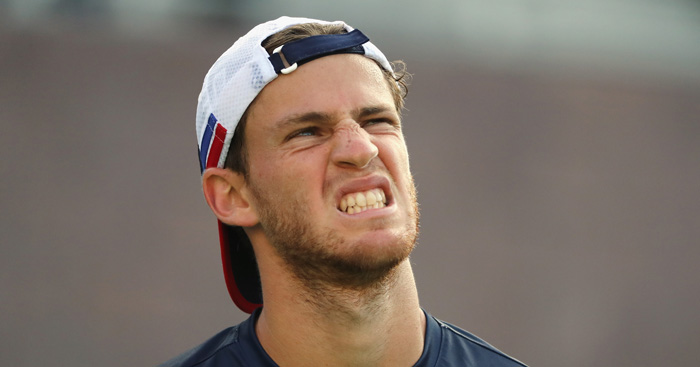 In Tennis Today, we look at cool statistics and ATP reminisce about when someone got kicked in the head.

What’s on the site
Who, historically, are the top tennis nations on the planet? More pertinent a question, perhaps, is how do you judge? We’ve taken a stab at answering that question by revealing which countries have had world number ones for the most amount of weeks, with some surprising results.

In One Slam Wonders, we take a look at the wonderful tale of Albert Costa, who defeated the best man at his wedding en-route to winning the French Open.

And has Alexander Zverev ditched his coach following his disappointing start to the season? Reports suggest he has.

What’s in the news
According to tennisworldusa.com, some of Europe’s top tennis players share a WhatsApp group and, more to the point, Roger Federer dominates that too. Is there nothing that man can’t do?

Elsewhere, it seems that Novak Djokovic has been named in a civil legal case in Rio. Ah Novak… the perils of being an international superstar.

And it’s official: Rafael Nadal is back in action! It’s golfing action, admittedly, but it at least must mean a return to the tennis court is due, mustn’t it?

What’s on social media
Novak Djokovic was in nostalgic mood, reminiscing about the time he sat in an umpire’s chair. We think he needs to get himself back to playing tennis sooner than we maybe appreciated.

That one time I was a chair ump.. #advantagedjokovic #tbt

Serena Williams certainly seems to be enjoying herself right now as she works her way back to her best, if this video is anything to go by, at least.

That one time I was a chair ump.. #advantagedjokovic #tbt

And the ATP shared a great moment when one of their players got kneed in the head, which was just lovely and thoughtful of them… (it’s also a little bit funny)

What’s on TV
ATP Rio Open
It is quarter-final time.