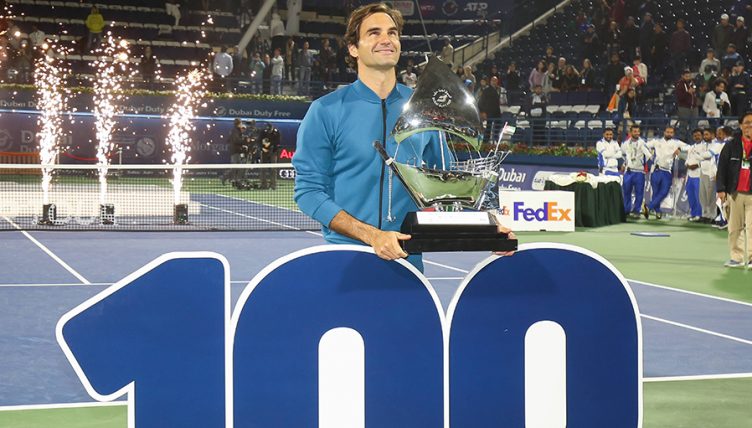 In Tennis Today, Roger Federer tributes left, right and centre while there is a very detailed account of Andy Murray’s visit to a Thai restaurant.

What’s on the site
He has done it! Roger Federer won his 100th ATP Tour singles title when he beat Stefanos Tsitsipas in the Dubai final

But which ones are his favourite? The 20-time Grand Slam winner admits that the 2009 Roland Garros triumph ranks quite highly.

The month of February has come and gone and here is our A to Z of tennis featuring a “disrespectful” Nick Kyrgios and an “inhuman” Novak Djokovic.

Over in Acapulco, Nick Kyrgios completed a fairytale week by winning the Mexican Open title.

How did Australian Kyrgios prepare for the final? He went jet skiiing, of course.

What’s in the news
Our favourite kind of story in the South West Londoner as they report that a man who had an operation is spotted on crutches. That man is Andy Murray.

You know you want to read all about it in the South West Londoner.

Simona Halep is getting serious about her property business as she is investing €500,000 to expand her hotel at the popular Romanian ski resort Poiana Brasov, reports bizbrasov.ro, via Romania Insider.

The four-star hotel already has 24 rooms, but the latest investment will see another floor added to the building.

Martina Navratilova has apologised for using the word “cheating” when she discussed transgender athletes competing in women’s sport during her column in The Sunday Times.

The tennis legend was dropped by Athlete Ally after the piece, but in her latest blog post she wrote: “I’m sorry for that because I certainly was not suggesting that transgender athletes in general are cheats.”

Navratilova, though, insists there are major concerns adding: “We all need to realize that there is no perfect solution in which nobody will ever be wronged or disadvantaged. There is no blanket rule that will solve all issues.”

What was Serena Williams up to this weekend? The Daily Mail informs us she went jewelry shopping with her husband Alexis Ohanian.

The ATP Tour’s tribute to Federer.

And then there is a 35 minute video on YouTube from Tennis TV featuring his 100 titles.

How do we stay human in an addicting technological world?

Delighted with this week and the way I played, thanks for the WC @oraclechallengers. Ready for @bnpparibasopen 🙌🏻🏆