Tennis Today: Roger Federer versus Serena Williams and how to beat Rafael Nadal 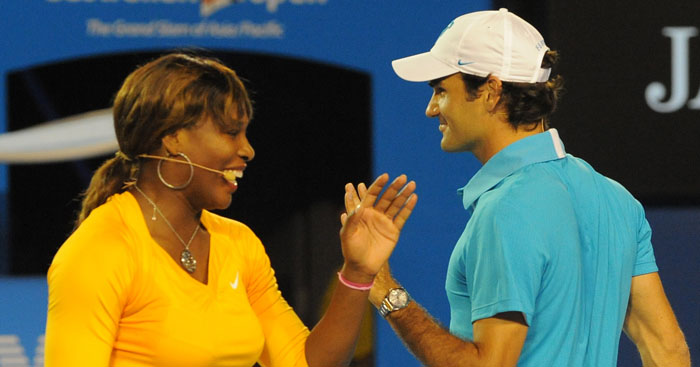 In Tennis Today, so so many answers to questions no one actually asked.

What’s on the site
With the golf Masters getting underway, we naturally saw an opportunity to remember the brilliantly bonkers Yevgeny Kafelnikov, who tried his hand at the professional golf circuit after he was done with playing tennis.

What’s the most impressive thing you can do in 39 minutes? Probably best if we don’t ask for answers on a postcard for that one, but whitewashing Monica Seles is probably right up there.

Of course, if you’re Martina Hingis, you’ve already been there and done that. T365 recalls.

Kyle Edmund has been a breakthrough year so far for new British number one Kyle Edmund, and he’s “super motivated” to take full advantage of it in clay court season.

Finally. how much do you know about past Davis Cup winners? Take our quiz and find out.

What’s in the news
Have you ever wondered who’d win in a battle of the sexes between Roger Federer and Serena Williams? No, nor us, but businessinsder.com have and they’ve put it to Quora users to try and crack the question.

They also cited John McEnroe’s opinion on the matter, so we kind of admire their guts if nothing else.

Philipp Kohlschreiber has bigger questions on his mind, though, as he prepares to face Rafael Nadal in the Davis Cup. How is he going to beat the world number one? He has revealed all.

Who was really to blame for the split between Novak Djokovic and Andre Agassi? One man close to the Serb has given his opinion.

And while we are on the subject of Djokovic (and needless questions being obsessively answered), how much is his net worth? $175million or so, apparently.

Boris Becker back on the clay, but this time he needs a few more “oohs and aahs” when he hits a shot.

If you’re worried about Serene Williams being stressed by he stuttering return to tennis right now, you may want to think again…

What’s on TV
ATP Davis Cup
It is Davis Cup week and the action only kicks off on Friday. Check your local listings for coverage.