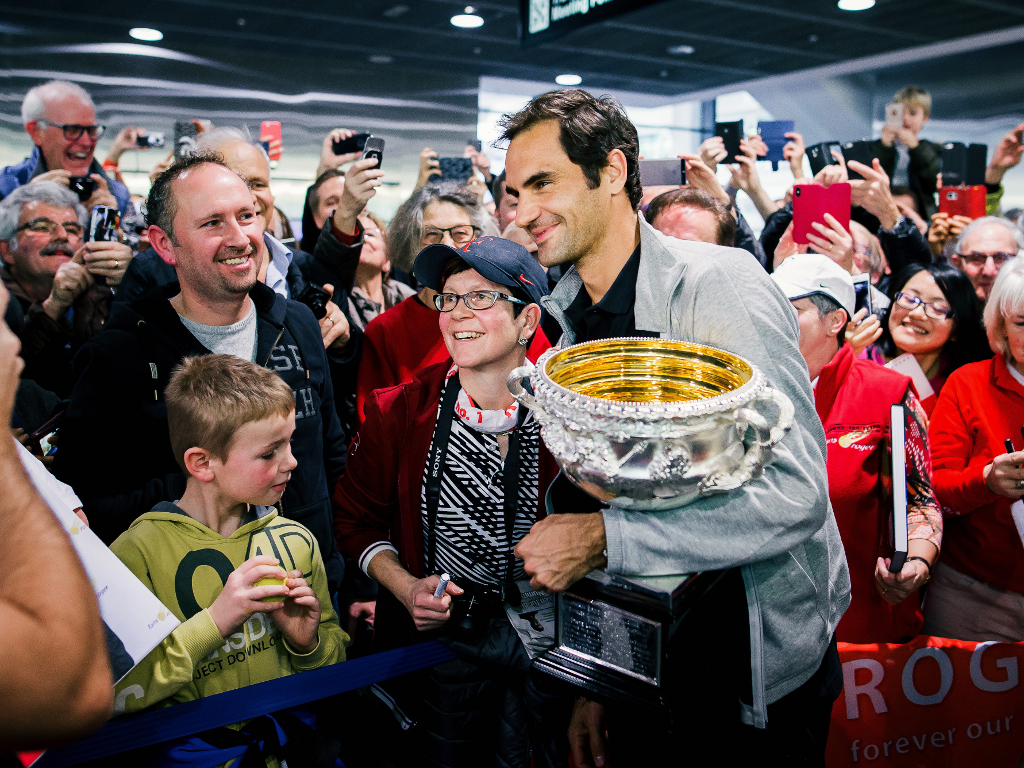 In Tennis Today, yet more Bernard Tomic controversy, plenty about Roger Federer and Martina Hingis, and some earth-shattering news on Rafael Nadal.

What’s on the site
We have a big weekend coming up in terms of the Davis Cup and you can get all your betting tips from Deggsy Bilton.

January 31 marked the 20th anniversary of Martina Hingis’ 1998 Australian Open title so we paid tribute to the Swiss great.

If you read that appreciation story, then you should have no problems getting a decent score in our Martina Hingis quiz.

In the news, Maria Sharapova and Victoria Azarenka have received wildcards for the Dubai and Indian Wells events respectively while Boris Becker is tipping Nick Kyrgios and Alexander Zverev to become the best in the business.

What’s in the news
Before we move onto Bernard Tomic (again!), the Daphne Akhurst Memorial Cup had her own first-class seat on the flight from Australia to Europe as Caroline Wozniacki booked two seats – one for her and one for Daphne. As one does.

.@CaroWozniacki‘s #ausopen trophy got its own seat on the plane (and is obviously living a better life than most of us) pic.twitter.com/G5KFesPyj0

And now onto Tomic. We have all had a good chuckle about the Australian in recent days/weeks and he doesn’t help himself when says things like “I don’t care what Lleyton says, I never lost to him” and “they can’t win without me”, but the matter is a lot more serious.

Now for the shock story of the day.

Man spotted walking normally!
Rafael Nadal has already confirmed that the injury he picked up during the Australian Open was not too serious, but Express Sport has made an earth-shattering revelation that he is, in fact, walking normally “just one a week later”.

And here he is saying his thanks to Australia.

Thank you Australia for the support, the passion and all the epic memories. Can’t wait until next year. #RF20 #ausopen #Norman #readyforsomerest pic.twitter.com/IlTVfTCWX5

And more on Federer, it didn’t take too long for Wilson Tennis to sell their limited edition Commemorative Platinum RF97 Rackets. The proceeds are going to charity.

It is Davis Cup week on the ATP Tour so there’s no men’s tennis. However, here’s something to whet the appetite ahead of the clay court season, featuring Boris Becker and Sergi Bruguera.

Rolling back the years to Becker and Bruguera putting on a show in Monte Carlo! ???????? . Watch the full match (and many more classics) on Tennis TV – link in bio ?? . #tennis #tennistv #sport #instasport #becker #bruguera #90s #classics #throwback

You can pencil in March 5 as the date for Marion Bartoli’s return to tennis.

Delighted to announce my first competition since coming out of retirement; the 1st @TieBreakTens tournament to be played in the ???? Madison Square Garden, 5th March 2018.With @serenawilliams @Venuseswilliams @ElinaSvitolina see you there https://t.co/wSwGkbAoBl #tiebreaktens pic.twitter.com/K8p7ZqW4g7

What’s on TV
WTA Taiwan Open
Fourth seed Timea Babos, Eugenie Bouchard and Yulia Putintseva are all back in action.

WTA St Petersburg Ladies’ Trophy
Top seed and world No 1 Caroline Wozniacki opens her account against Anastasia Potapova while Julia Goerges and Dominica Cibulkova will also get a run.