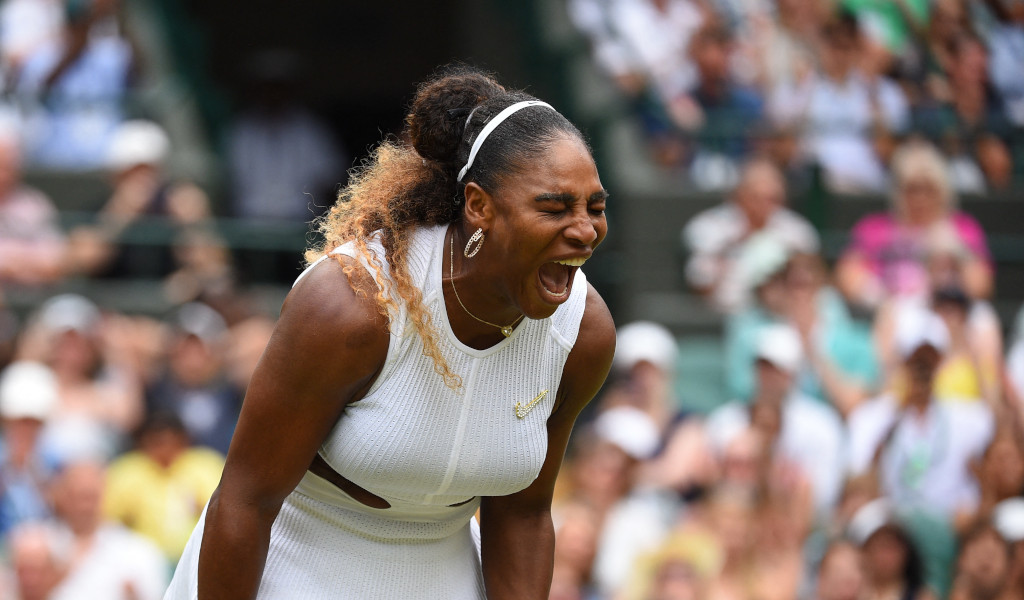 In Tennis Today, Sam Groth is still unimpressed with Serena Williams while Stan Wawrinka is enjoying his burgers.

What’s on the site
It is going to be a Manic Monday at Wimbledon as Novak Djokovic, Roger Federer, Rafael Nadal, Simona Halep, Serena Williams and Coco Gauff are all in action on day seven at SW19.

In terms of the tennis betting, Coco Gauff has had her odds slashed after a dream first week at Wimbledon. Here is Derek Bilton’s preview for week two at the All England Club.

Andy Murray’s doubles comeback has been successful and now he has set his sights on a return to the singles.

Everyone enjoyed #SerAndy’s Wimbledon debut, but Andy Murray and Serena Williams are hoping to improve on their first-round display.

Meanwhile, Fabio Fognini has offered a half-hearted apology for his “bomb” outburst at Wimbledon.

And then there is Bernard Tomic who is set to appeal against his fine for his first-round display against Jo-Wilfried Tsonga.

What’s in the news
If you read Tennis Today last week then you will know Sam Groth was not impressed with Serena Williams’ reaction to Ashleigh Barty becoming No 1 in the world.

As you will remember he wrote “what Serena said was pretty sh***y”.

Williams was again asked about Barty and this time she replied: “I think Ash, I don’t know anyone that has anything negative to say about her. She’s like the sweetest, cutest girl on tour. She’s so nice.”

And Mr Groth is once again not happy as he told Channel 9’s Sports Sunday, via News.com.au: “She called her ‘nice’ and ‘cute’ and didn’t acknowledge she was the best player in the world and I thought that was, honestly, pretty condescending.”

Better news for Serena is that she is apparently in the running to be Archie Harrison Mountbatten-Windsor’s godmother. She is an outsider, though, with The Sun quoting her as 8/1.

Coco Gauff really is the star attraction at Wimbledon this year as her match against Polona Hercog attracted the biggest audience so far on the BBC, reports The Metro.

Yes, the match had more viewers than the Rafael Nadal-Nick Kyrgios encounter by a long distance.

Staying with the BBC, Daily Mail says the public broadcaster has come in for stick from “tennis haters” after quiz shows and dramas had to be cancelled due to matches over running.

Imagine spending thousands of pounds on VIP tickets for Wimbledon only to find out that the tickets are invalid.

We are sure you read Kevin Palmer’s exclusive about the brothers who struck a business deal with Andy Murray on our sister site Female First.

Now The Telegraph reveals that “one of Castore’s early fans is the Duke of Cambridge”.

Oh and Johanna Konta is a Killing Eve fan. Also in The Telegraph. https://www.telegraph.co.uk/tennis/2019/07/07/johanna-konta-taking-inspiration-killing-eve-wimbledon-bid-see/

What’s on social media
Sorry folks, it looks like we might have to change from #SerAndy to #MurRena.

And then there is Serena Williams and Billie Jean King on the US Women’s team winning the World Cup again.

Congrats team USA! Billie says it best here! So happy for each one of you and so proud. ❤️ @USWNT https://t.co/WK2Yi2z8F4