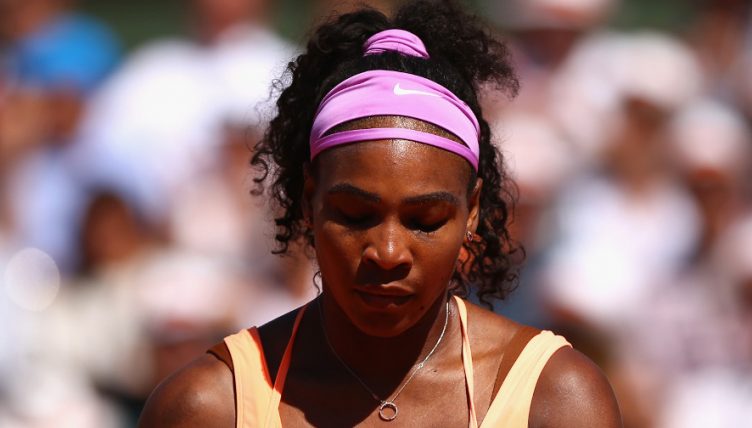 What’s on the site
Who recalls when Jelena Ostapenko defied all the odds to win the 2017 French Open? We,, we do, obviously, and we’ve remembered it for you right here.

Ostapenko has a long way to go to catch Rafael Nadal for French Open crowns, of course. The Spaniard has won ten titles at Roland Garros and that just so happens to lend itself perfectly to a top ten.

So, we’ve ranked Nadal’s ten French Open titles in order of general impressiveness. It would, frankly, have been rude not to.

Is Nadal the greatest of all time, though? Well not, unsurprisingly, according to his long-time rival Roger Federer. You can find out who the Swiss legend does regard as the greatest of the all right here.

What’s in the news
The row over Serena Williams’ non-seeding at the French Open rumbles on, with the White House now having their say.

Ivanka Trump is not a fan of the decision, and has taken to social media to voice it, saying: “This is ridiculous. Serena Williams is a formidable athlete (best ever!) and loving new mother.

“No person should ever be penalised professionally for having a child! The WTA should change this rule immediately.”

The draw has left many playing some fantasy tennis, and it has been observed that Serena Williams and Maria Sharpova could be on course to meet in a mouthwatering fourth round match. It’s unlikely, but it’s nice to think positively!

In other pre-Roland Garros news, Nick Kyrgios looks likely to overcome injury complaints to take part in the tournament.

He’s been playing doubles in Lyon to test his troublesome elbow, and has said: “Obviously I came to Lyon to obviously see how my elbow was going to be and, at the moment, it’s feeling good.

“I’ve done all the work to try and get it back and, yeah, I’m feeling good. At the moment, it’s going very well.

Asked if he felt ready to compete in Paris, Kyrgios added: “At this stage”.

Kyle Edmund limbers up in Paris.

Novak Djokovic is in a selfie kind of a mood…

Ana Ivanovic doesn’t seem to be missing tennis at all…

I have good news and bad news. The bad news is my injury hasn’t fully recovered and I won’t be traveling to Paris. It would have been our 77th straight Grand Slam together but luckily Mike has found a very worthy substitution, Mr. @samquerrey. The good news is that as I recover I get to spend precious time with my girls and these two crazy goons! Thanks to everyone who has sent messages of support. I’m truly grateful and hope to be lacing up my grass court shoes in a few weeks.

And Aunt Caroline dropped in on the Williams’…