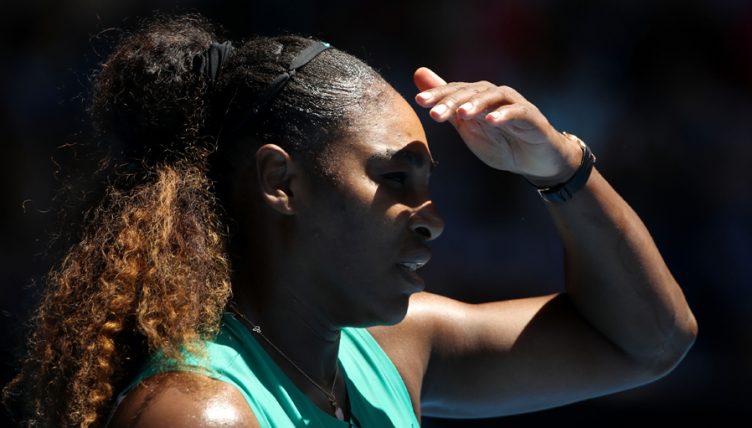 What’s on the site
We can only start with Andy Murray’s cock-up.

So you read that story, but did you notice anything funny/interesting about the images in the Instagram post?

No? You are obviously not one for detail, but don’t worry your fellow social media followers have you covered as Murray’s “dingle” was “dangling” in that post.

On the back of Murray’s announcement, Mats Wilander ranks Andy Murray as one of the greats and assesses his comeback hopes in an exclusive with Tennis365.

Serena Williams and Andy Roddick will appear on Lip Sync Battle this week and here is a sneak peak.

And now for some results as we are in for a tasty second-round clash at the St Petersburg Open where Victoria Azarenka will meet Petra Kvitova.

Over at the Thailand Open, Garbine Muguruza is up and running.

What’s in the news
India cricket captain Virat Kohli is a Roger Federer fanboy and he remembers the “beautiful, beautiful time” he spent with the 20-time Grand Slam winner during an interview with bcci.tv, via Hindustan Times.

Another good piece from Charlie Eccleshare in The Telegraph (subscription) as he writes “If you don’t like Andy Murray, we can’t be friends “.

The Daily Mail has all the details as “Serena Williams and daughter Alexis bump into Lewis Hamilton at Beverly Hills jewelry store”.

In case you were wondering “The Michigan-born 37-year-old scraped her hair into a top-bun and she slipped her 5ft9in athletic figure into a b&w-striped backless mini-dress and black sandals.”

What’s on social media
Kyle Edmund gets a serve and volley lesson from the master.

Serve volley lesson with the master… 🎾

The ballkid didn’t really have time for the gentle approach to remove an insect during Sabine Lisicki’s match.

Don’t worry I got better 😂 swipe for proof ➡️