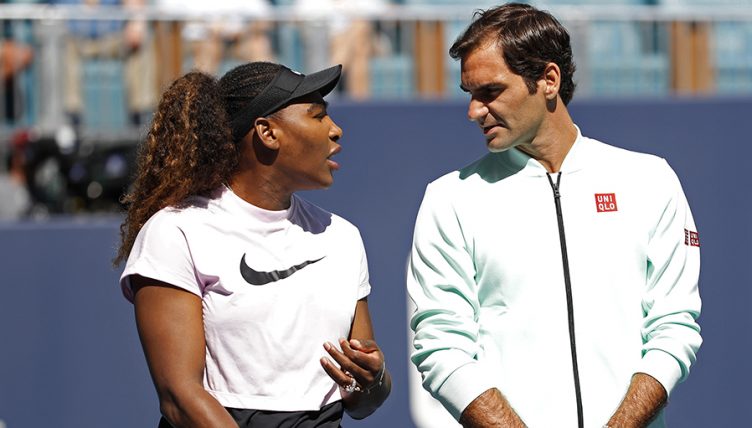 In Tennis Today, Serena Williams opens up about a topic close to her heart, while a plucky ATP upstart asks Roger Federer a very awkward question.

What’s on the site
It’s probably obvious that we believe that tennis is the best sport in the world, but we are happy to show our workings. In part-two of our growing feature, Lou Pye cited Wimbledon as a reason behind our belief.

Roger Federer is, of course, another reason, and Lou will probably get round to that sooner or later, but Feds himself says that that his influence  on the wane, but not because of his age but because of how good the youngsters are becoming.

Federer may or may not have a fresh off-court rivalry with Novak Djokovic over the Player’s Council’s involvement in the effective dismissal of ATP chairman Chris Kermode. Djokovic, though, says it’s all an invention of the media.

It’s not all plain sailing for Alexander Zverev either right now, with the German star admitting he is in legal dispute with his former manager, and Simona Halep finally has a new coach, which is lovely.

Halep is the reigning Roland Garros champion, and should she retain it this year she’ll earn more money after the French Open confirmed an 8% rise in the prize pot.

What’s in the news
Serena Williams has opened up about the tragic death of her sister 15 years ago.

Yetunde Price, Williams’ half-sister was shot and killed in California at the age of 31 in 2003 and, speaking on the first webisode of a new series called ‘DiversiTea’, the 23-time Grand Slam champion has spoken candidly of it.

“I was affected personally by gun violence, my sister unfortunately passed from that,” Williams told activist Naomi Wadler.

“People are talking about it now because it’s happening more widespread. But it’s been affecting our community for years.”

“I think we need to get comfortable with having uncomfortable conversations.

“Situations are never really gonna get better if you always avoid it, you have to take it head-on.”

In a feature on the official ATP website, the 19-year-old asked Federer ‘which one of your four kids is your favourite,’ much to Federer’s dismay.

“This is not the question you ask! I love them all equally. They’re just cute and silly and cheeky and cuddly and the best.

Nice to see your return game is as sharp as ever, Rog.

What’s on social media
The Miami Open showed off its impressive new home.

Petra Kvitova showed off her sass.

Waiting for Hawkeye to prove you right like… @miamiopen 😝

And Europsort found a unique way to show-off the achievements by the game’s greats.