In Tennis Today, Serena Williams is certainly dressing to impress as she attracts the attention of the tabloids, and Bianca Andreescu calls out a celeb.

What’s on the site
We re still largely dissecting the brilliance of the 2019 US Open. I mean, yes some things we didn’t like, but most things we loved.

Fortunately, you can read what falls into what category in this handy little feature.

The players are still reflecting too, with Rafael Nadal and Daniil Medvedev with plenty to ponder.

Nadal has been discussing his rivalry with Roger Federer, and he says it’s far more important to the media and fans than it is to him.

Medvedev, meanwhile, has disclosed all about what Nadal said to him after their final, as well as explaining what he now must do to break into tennis elite group.

We also have a betting guide as to what the US Open has done to the markets for next year’s Slams, if you want to get in early.

What’s in the news
Serena Williams has earned positive reviews for her style after being snapped by photographers at a New York premiere.

Williams attended ‘The Game Changers’ debut on Monday, with the Daily Mail dedicating a whole article to her appearance.

“She dramatically lost her US Open final match to 19-year-old Canadian Bianca Andreescu on Saturday.

“But far from retreating to lick her wounds, Serena Williams made a stunning entrance at the New York premiere for documentary The Game Changers on Monday.

“The tennis ace, 37, who was accompanied by husband Alexis Ohanian, 36, looked gorgeous in a white slip dress.

“Serena’s low-cut dress showcased her cleavage while the ankle-length fabric hugged her curves.

“She wore her hair in tumbling corkscrew curls, accessorized with a pendant necklace and stepped out in pointed toe yellow heels.” 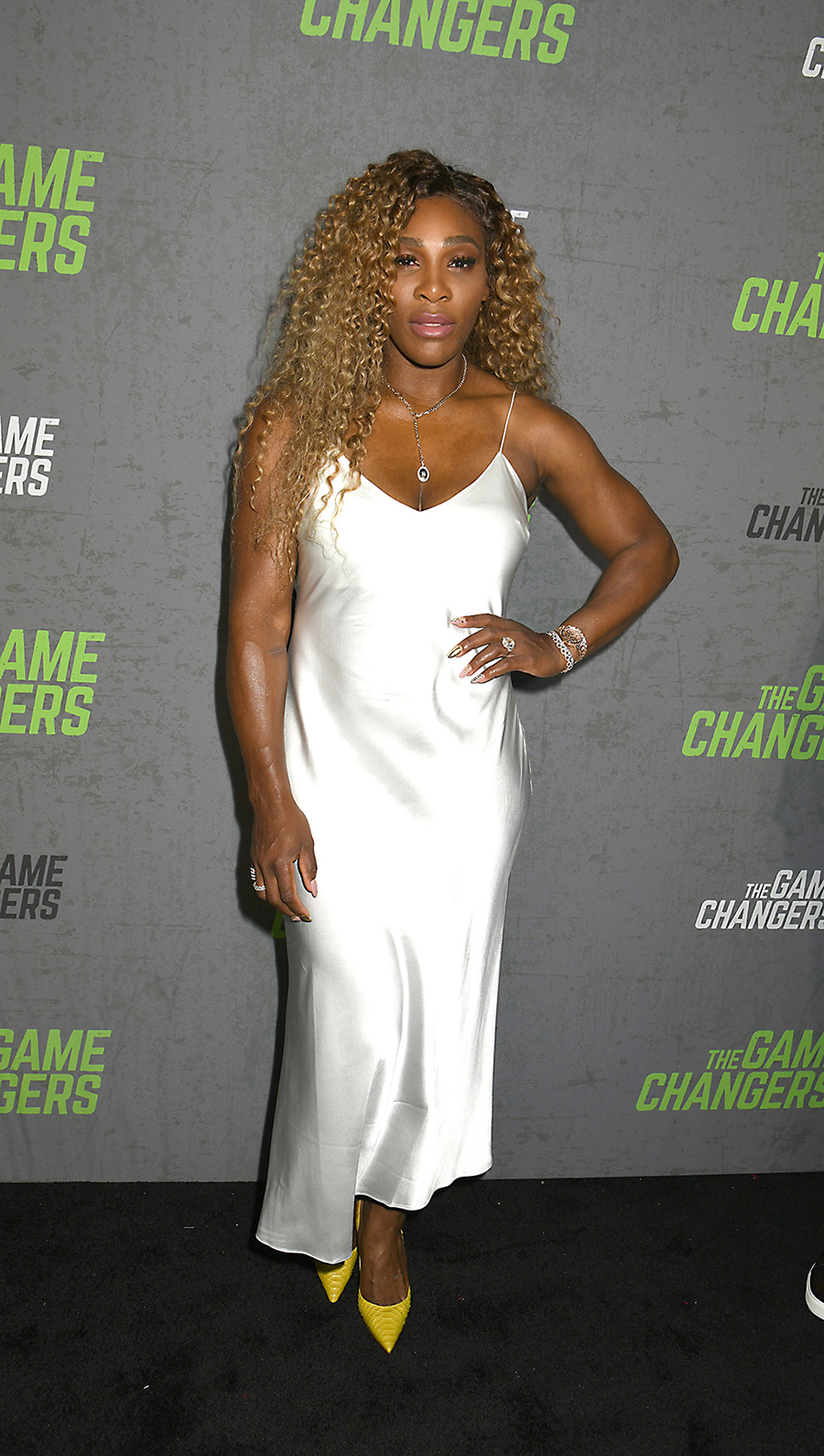 Jamie Murray was a Grand Slam winner again in New York, and he discusses his mixed-doubles win with Bethanie Mattek-Sands at length in his BBC Sport column.

“Even though I had to rush off to JFK airport, I still had time to squeeze in some champagne – which we drank out of the trophy – and pizza with Bethanie and her husband Justin, my wife Alejandra, and the other members of our teams.

“We did that last year so we had to continue the winning tradition!”

What’s on social media?
Bianca Andreescu wants one more congratulatory message after winning the US Open…

After receiving congrats messages from many of her fellow Canadians, #USOpen Champ @Bandreescu_ hopes for one from Drake #FallonTonight pic.twitter.com/Qkk3T2lyxS

Rafael Nadal is front page news back home, and rightly so.

Daniil Medvedev has happy sponsors, which is always a good thing…

And we are assuming that Sloane Stephens is giving away her trainers here, and not her pants.

*GIVEAWAY* with the end of US season & one of my favorite tournaments @usopen , I wanted to give four lucky winners a chance to win my Nike Court Zoom Zero Jordan 8 🎾🏀 Here’s how to enter: 1️⃣ Make sure you are following me 👋🏾 2️⃣ Like this photo 📷 3️⃣ Comment your women’s shoe size & tag a sneaker obsessed friend 👟 That’s it! Winners will be announced Tuesday night – good luck ✨ #giveaway *NOTE: must live in the US