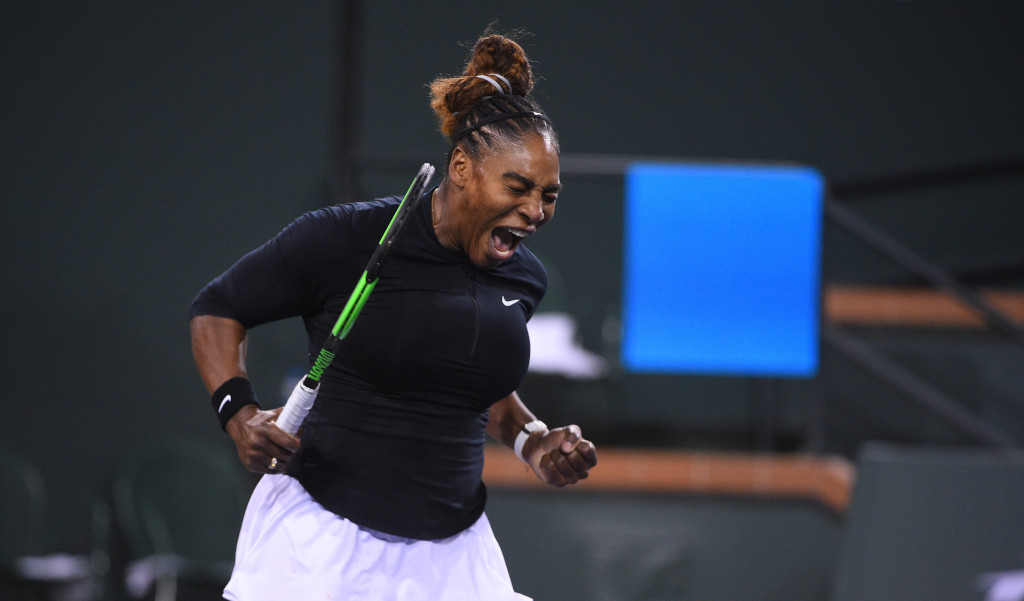 In Tennis Today, Serena Williams got a bit emotional when Tiger Woods won the Masters while Eugenie Bouchard is having fun, as per usual.

What’s on the site
The first clay-court ATP Masters 1000 event of the year, the Monte-Carlo Masters, is underway so why don’t you read up on some cool facts on figures about red-dirt tournament.

David Ferrer is set to retire after the Madrid Open, but James Spencer wonders whether the Spanish veteran is hanging up his racket prematurely.

How many Roland Garros trophies would Roger Federer have won if Rafael Nadal wasn’t playing in the same era? Dominic Thiem reckons six or seven.

Back to the Monte-Carlo Masters and former winner Stan Wawrinka as well as Grigor Dimitrov were some of the early winners.

As for trophy winners this weekend, Christian Garin joined the ATP Tour title-winners list with victory in Houston.

There was a second ATP Tour singles title for Benoit Paire as he won in Marrakech.

What’s in the news
The big news of the weekend came from the Bahamas where Caroline Wozniacki’s bachelorette took place. Naturally, Serena Williams was there and the girls had loads of fun.

“Serena Williams & Hannah Jeter Celebrate Caroline Wozniacki’s Bachelorette Weekend in the Bahamas” is the headline that People went with.

And here is the Daily Mail’s headline: “Caroline Wozniacki shows off bikini body as she celebrates bachelorette party with Serena Williams and Hannah Jeter in the Bahamas”.

Eugenie Bouchard was at a beach and TACKLED a pal. The Daily Star is all over it, of course.

We, and by we we mean the media in general, do love a good property story involving a tennis player today’s edition comes courtesy the LA Times about Serena Williams.

If this is not your kind of story, then here you go. The 23-time Grand Slam winner has sold her Bel-Air estate for $8.1 million.

What’s on social media
Serena Williams got a bit emotional when Tiger Woods won the Masters.

I am literally in tears watching @TigerWoods this is Greatness like no other. Knowing all you have been through physically to come back and do what you just did today? Wow Congrats a million times! I am so inspired thank you buddy.

In case you didn’t click on the Wozniacki bachelorette stories, then here’s a pic for you.

The ATP Tour getting into the Game of Thrones spirit.

Hot off the press.

I hate cables and wires.