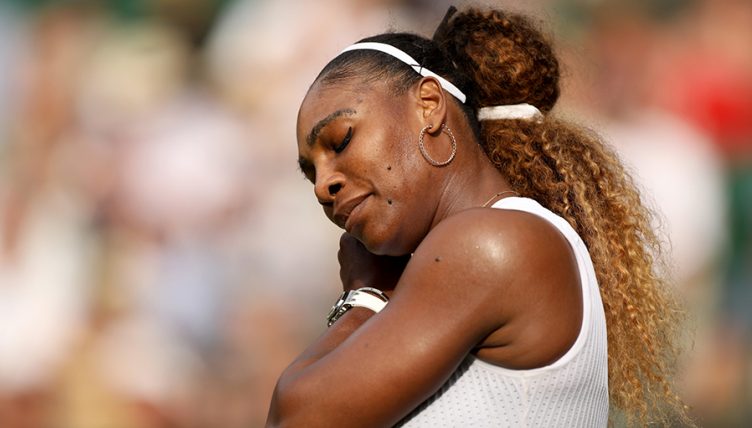 In Tennis Today, Serena Williams has come under heavy criticism in Australia, where she has been branded ‘a disgrace’ by one disgruntled former pro.

Whats on the site
Lets talk about Nick Kyrgios. It’s what he wants us to do, it’s what we want to do and, frankly, it feels like the whole world wants us to.

The Australian put on a brilliant show at Wimbledon on Thursday, although he did eventually lose a genuinely brilliant match against Rafael Nadal.

It was the most focused we have seen Kyrgios for some time, but we are delighted to report there was still a near-full repertoire of ‘antics’ to enjoy.

Such was the draw of Kyrgios and Nadal’s epic, the fact that Andy Murray was back on a court at Wimbledon and won was almost overlooked.

In the women’s singles, it was a rough day for defending champion Angelique Kerber, who failed to even make it into the second week this time around. Murray’s mixed doubles partner Serena Williams did ok, though – and remains one of the tournament favourites with 888 sports betting.

Andy Jose Mourinho popped by Wimbledon to add a smidgen more special to the spectacle, and he took the chance to give his views on Murray and Nadal.

What’s in the news
Serena Williams has got it in the next from former player Sam Groth, who has branded her a ‘disgrace to tennis’.

The row stems from Williams needing to be told by the press at Wimbledon that Ashley Barty was the world number one.

Williams responded positively about Barty, but has still been savaged by Groth, who used his column in the Herald Sun to voice his displeasure.

“I don’t think what Ash has achieved in recent weeks has actually had the recognition it deserves from a lot of people, but as one of the biggest names in tennis, what Serena said was pretty s***ty.

“You’re the one of the most recognisable athletes on the planet and you can’t tell me who the number one player in your sport is? It’s disgraceful and not a good look for your sport.”

Rather typically, though, Barty herself is completely laid-back about the whole thing.

“Serena hasn’t been at many of the tournaments lately so it’s not really something that I worry about,” she said.

“I don’t even know what he’s talking about,” Serena said at Wimbledon on Thursday.

“She’s such a sweet person. I don’t know. I think she’s just the one person in the locker room that everyone roots for, including me.”

What’s on social media
… and we are pretty sure Wimbledon loves you too, Harriet. We certainly do, anyway.

I just love this place @wimbledon 🦁❤️ #round3

Santorini from a boat,not a bad view right? 🥰☀️🥰

Or, follow the scores via the Tennis365 live score centre