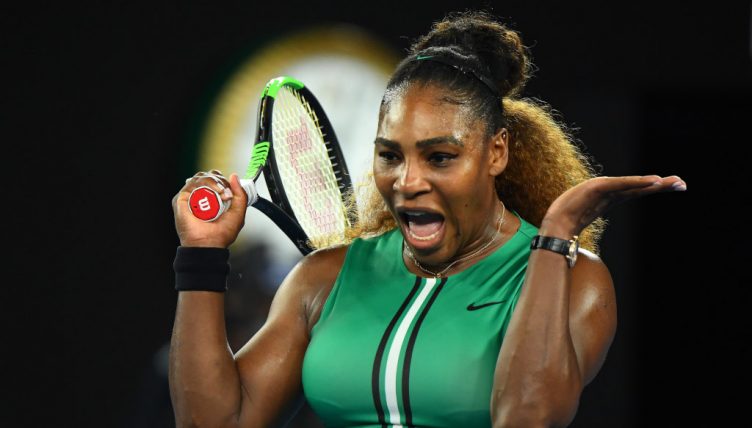 In Tennis Today, we learn something new on the back of Serena Williams’ “sips tea” tweet while Maria Sharapova dines with David Beckham and a few other people.

What’s on the site
Former world No 1 Caroline Wozniacki’s father has admitted her career may already be on borrowed time after she was diagnosed with rheumatoid arthritis.

It was quite a heated affair the Fed Cup in Bath on Thursday night and Maria Sakkari didn’t hold back as she slammed the “unacceptable” officiating on the back of Greece’s loss against Great Britain.

What’s in the news
Serena Williams tweeted the following on Thursday.

Tennis Today didn’t make much of it initially. Woman sipping tea after dressing up, etc.

But the Daily Mail took us on an interesting path as they revealed that “sips tea” is slang for gossip and they ultimately came to the headline “Serena Williams’ cryptic tweet stokes speculation over which friends helped Duchess of Sussex’s media fightback”.

It’s been a while since we had bikini snaps from Genie Bouchard, but The Sun is on hand to end that drought.

What’s on social media
Maria Sharapova had dinner with David Beckham. Don’t worry Victoria was there along with Mr Valentino and a few others.

Casual Thursday 😉. Thank you @giancarlogiammetti for hosting such a nice dinner.

We are not sure what to make of Novak Djokovic’s sound effects.

Stefanos Tsitsipas providing us the quote of the day.

Babyshower with my girlfriends! The last get together before baby arrives 🤱🏼🎀💕an amazing time at the #grandresort @resortragaz #babyshower #countdown #baby