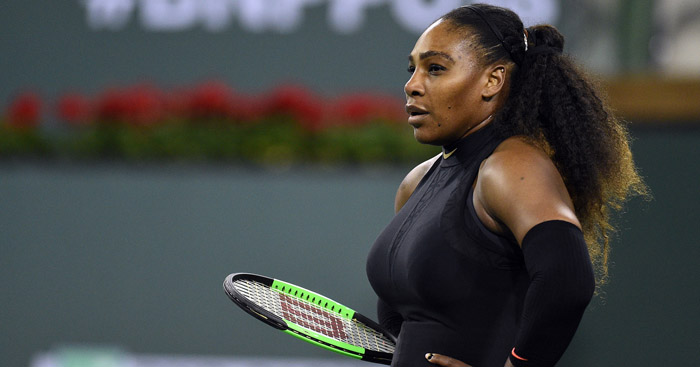 In Tennis Today, there is a growing sexism storm surrounding Serena Williams, and Andre Agassi is just loving his life.

What’s on the site
Obviously, Rafael Nadal’s continued dominance of all things clay is the big tennis talking point right now after he won his 11th Barcelona Open title on Sunday.

However, we have a veritable wealth of features to give you something else to think about.

Let’s start with Nadal though: Did you know the best left-handed tennis player in the world is actually right handed? Discover the story here.

Nadal, of course, very much has conquered Roland Garros, but goodness me have there been some amazing players who found the French Open one mountain just too tough to climb in their otherwise incredible careers. See who in our top ten.

Roger Federer is not one of them, and he’s pretty much stopped acknowledging clay court season exists these days. That makes us a bit mad at him because we miss him, so we thought we’d be all bitter about it and show you some of the things he definitely can’t do.

Speaking of legends who are never far from our thoughts, it was Andre Agassi’s birthday over the weekend. We celebrated with a pictorial tribute to his style.

Nadal wasn’t the only player to have had a great weekend. Karolina Pliskova won both a tournament and a Porsche. Take that, Rafa!

What’s in the news
Ion Tiriac has done something utterly stupid: he’s put himself on a collision-course with Serena Williams.

One half of the 1970 French Open doubles champions has commented about the WTA Tour, and included a very disparaging comment to Williams’ appearance, saying: “With all due respect, but Serena Williams is 36 and 90 pounds I would like to see something else, I would like to see a player like Steffi Graf.”

As beautiful, fierce, and deadly, as one of her returns of serve.

Tiriac, of course, also recently blasted Roger Federer, calling him disrespectful to skip clay court tournaments. You have to give Tiriach his due: if you’re going to go after someone, you’d might as well make it the big guns.

Federer has found a big ally of his own, though, not that he really needed one. Boris Becker has leapt to his defence – as reported by tennisworldusa.com.

“In principle, Tiriac is right when he says that players are not allowed to chose where to play and where to not”, Becker, who had Tiriac as agent for many years in career, said.

“But Federer is in another league. He is the best ever. He is an unbelievable tennis player. He did all right, and now that he has chosen to skip the clay-court season should be understood.”

What’s on social media
Victoria Azarenka seems to be finally getting herself back to tennis matters after her unpleasant custody battle. Both mother and child are heading to Madrid.

Andre Agassi is enjoying life, and how couldn’t you be when you’re sat with Steffi Graf in Las Vegas watching Stanley Cup ice hockey on your birthday?

The only thing better than #KnightTime is Knight Time with my bride!! #lovelove

Marion Bartoli appears to be feeling super-motivated for her comeback…

Eugenie Bouchard, meanwhile, doesn’t seem to be in any hurry in getting herself back to the top.

ATP Barcelona
No live ATP televised action today but, for those who missed it, Sky Sports Arena are showing highlights of the Barcelona Open final throughout the day.