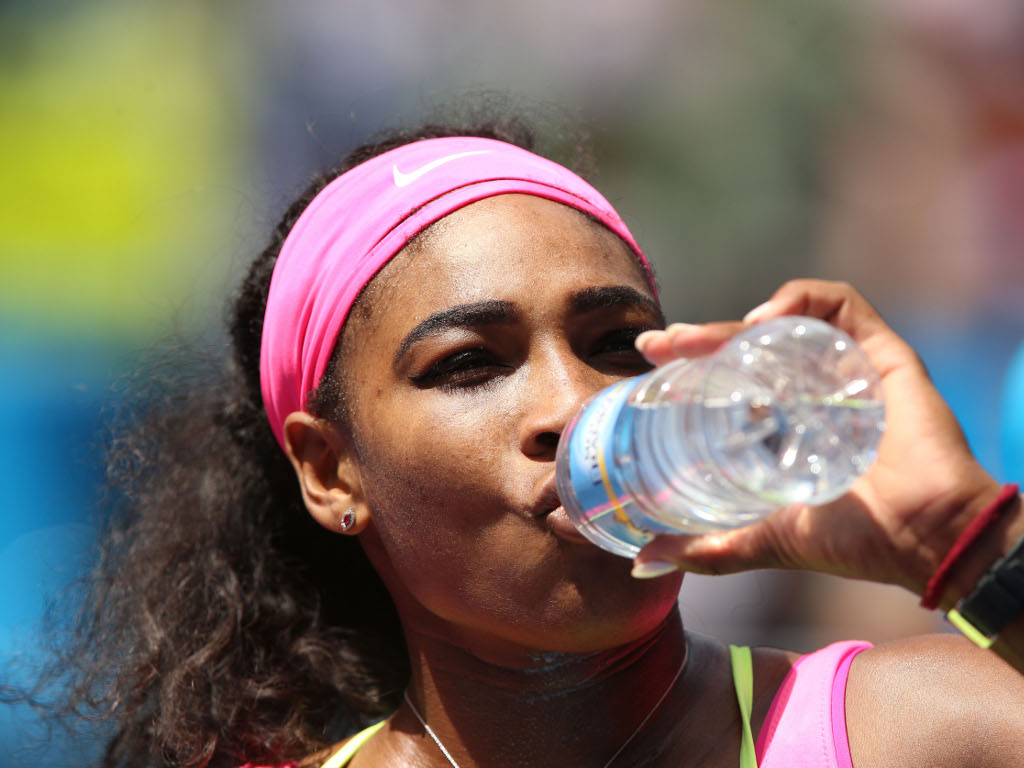 In Tennis Today, Serena Williams attended THAT wedding on Saturday, won a peer pong contest and then went to Roland Garros while Rafael Nadal went shirtless after completing the Italian job.

What’s on the site
On the back of Karolina Pliskova and Dominic Thiem taking their frustrations out on their rackets, Tim Ellis compiled a Top 10 actions of physical fury, featuring Goran Ivanisevic, Martina Hingis and David Nalbandian.

To celebrate his birthday, Michael Graham tells us what’s so brilliant about Hyeon Chung.

Then in case you missed it, we were nostalgic about Rafael Nadal and Roger Federer’s 2006 five-hour Italian Open final masterpiece.

Bad news for Milos Raonic fans as the Canadian has pulled out of the French Open.

Rafael Nadal does what he does best: win titles on clay. He won his eighth Italian Open on Sunday.

What’s in the news
Serena Williams went to THAT wedding over the weekend and The Sun reports she won the beer pong at the after-party with a reception insider (a what now?) revealing she “played beer pong like it was tennis”.

It’s a new week so it’s time for another round of “shock”, “huge”, “surprising” or “devastating” news from Express Sport.

“ROGER FEDERER will be disappointed to wake up tomorrow morning to find out Rafael Nadal has replaced him as world No 1 after the Spaniard beat Alexander Zverev in the Italian Open final.”

The Daily Star is also trying to make their headlines interesting as they went with “Rafael Nadal reveals SECRET to Italian Open final victory against Alexander Zverev”.

Nadal has admitted the rain delay was crucial.

Little known fact: I often wear sneakers under my evening gown. These @maisonvalentino @pppiccioli gave to me last min. I told him be careful I tend to be comfy for long nights #beingserena

And back at Roland Garros.

In case you missed it, just a cat at the tennis.

And another freebie for a lucky child in Rome.

A shirtless Nadal after he won the Italian Open.