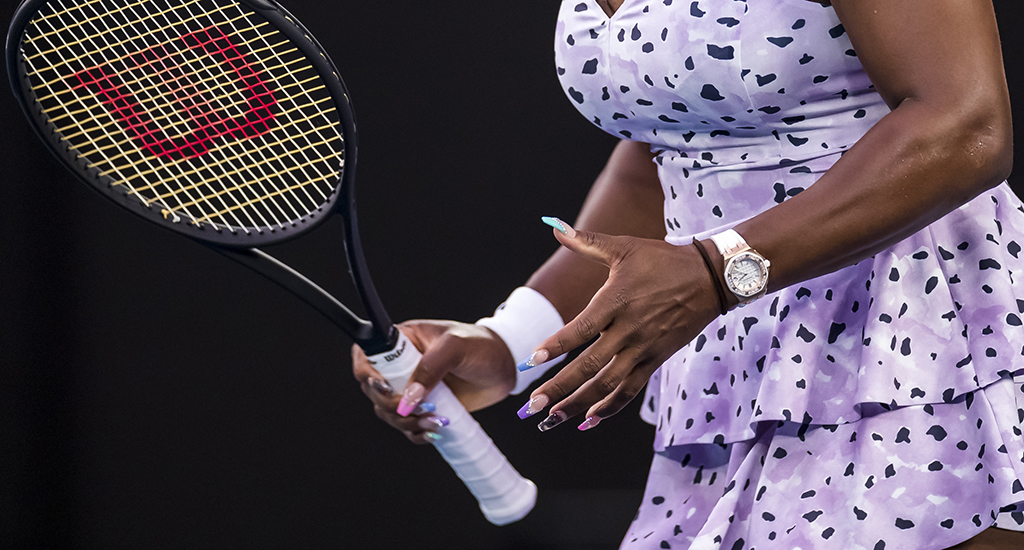 In Tennis Today, Serena Williams has some secret style going on in Melbourne. Did you spot it? Novak Djokovic talks diets, and Sascha Bajin invites you to ‘shut up’.

What’s on the site
It’s all about the Australian Open, unsurprisingly! Let’s start with Novak Djokovic, who is determined to remain grounded despite a second round cruise.

Roger Federer is in there as well, after an even easier cruise. He didn’t think it was entirely fair, though, and he’s not expecting it to be as easy in the next round when he meets an old US Open foe John Millman.

What Federer is confident about, however, is that he has plenty of fuel left in the tank if needed.

Serena Williams is also through, despite what she described as an error-strewn performance on Wednesday.

Caroline Wozniacki put off her retirement too with a remarkable fightback, and understandably she couldn’t be happier.

And Coco Gauff is still very much alive in the competition, where she will meet Naomi Osaka next. How is she feeling about that one?

The 16-time Grand Slam winner has switched to a plant-based diet in recent years, and was featured alongside Lewis Hamilton in the documentary Game Changers.

“Well, they reached out to me almost when the movie was done,” Djokovic said, as quoted by The Sun. “I wasn’t very vocal about being a plant-based athlete.

“They heard that during Wimbledon last year when someone asked me in the press conference. They wanted me to be a part of it.

“I was definitely very happy to be part of a very impressive group of people, from sport, the movie industry, different fields of life, very successful people who are eating plant-based, being healthy, happy and successful in what they do.

“That is what it is all about. I’ve always had a love for food.

“But as an athlete, it became something more—the fuel that determines how I play, how I recover and how alert I am on the court.

“I attribute a great deal of my professional success to my diet.”

Elsewhere if your inner-stalker is feeling a little undernourished, the Express have asked some key questions that it is apparently very important for us to know the answer to.

What’s on social media
Sascha Bajin has invited you to ‘shut up’ if you, like Caroline Wozniacki, doubt that Dayana Yastremska was injured in their second round match.

Just to shut some people up and end this useless convo. Dayana was really struggling since days with her leg, but since y’all are all doctors and coaches you know better then she herself or our whole team who’s working with her. #focusOnYourself

And Sloane Stephens continues to ponder her declining form.

Tough start to the season, but the work never stops. We’re only going up. Thank you everyone who is standing with me – I see you. You win or you learn but you never lose 💫