Tennis Today: Spanish star claims upcoming US Open will likely be his last ever Grand Slam 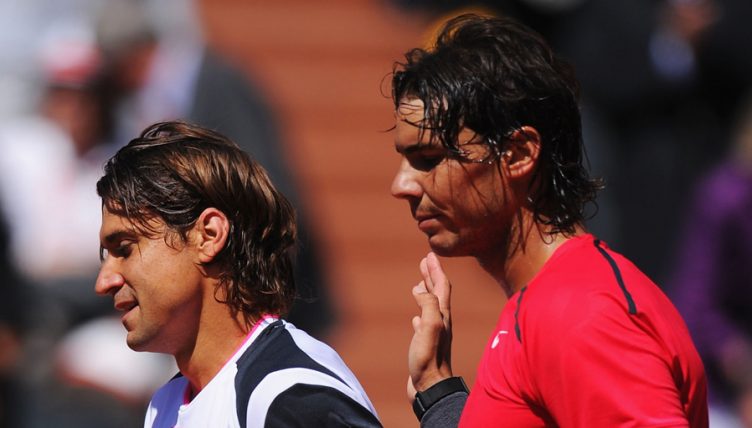 In Tennis Today, one Spanish star prepares to bow out of tennis, while Novak Djokovic reminds us he wasn’t always the antithesis of cute and cuddly.

First order of business, oddly, since it was yesterday, is to wish Roger Federer a happy birthday! Why not celebrate his legend with ten absolutely brilliant facts about the great man?

Then, how about you take the opportunity to show off your knowledge by taking our Rogers Cup quiz?

By this point, you are likely hungry for some actual action, so feast your eyes on this epic 35-shot Grigor Dimitrov rally.

Finally, catch up with all the key Rogers Cup results from overnight with our convenient results wraps…

What’s in the news
David Ferrer has revealed that this year’s US Open is likely to be his last ever Grand Slam.

The 36-year-old and former world number three is actively winding down his career after 18 years on the ATP Tour.

He had an unhappy Rogers Cup, losing to Bradley Klahn in the straight sets – the first time he has ever lost to a qualifier in a Masters 1000 tournament.

And he’s now revealed that the US Open will likely be his last major before retiring on home soil back in Spain.

David Ferrer plans on this being his last Rogers Cup. At the age of 36, he plans on playing one last Grand Slam at the US Open, then retiring at home next year after either Madrid or Barcelona.

Ferrer told me he is “happy” with his decision and career. “I love tennis,” he said.

That would technically mean that the Australian Open is an option for him, but it appears that it is unlikely to tempt him.

What’s on social media?
We have to talk about how adorable Novak Djokovic was as a child…

When Novak was a boy, his dream was a boy, too. Or a girl. So was technology – young. The blur didn’t matter, nor it does now, as long as you’ve got a clear picture of the dream. Your dream will grow with you. Love your dream and follow it. . . Kada je Novak bio mali, i njegov san je bio mali. I foto-aparati su bili mali. Možda ova slika nije savršena, ali je Novak sliku svog sna nosio u sebi. I kako je san rastao, rastao je i dečak. Jedan drugog su odveli daleko. Sledite svoje snove. #Care4Kids #BelieveInTheirDreams #VerujemoUNjihoveSnove

A post shared by Novak Djokovic Foundation (@novakfoundation) on Aug 8, 2018 at 8:29am PDT

It’s a big happy birthday to an even bigger legend.

A legend of the Golden Age of tennis, #RodLaver hits a golden milestone today, celebrating his 80th birthday.