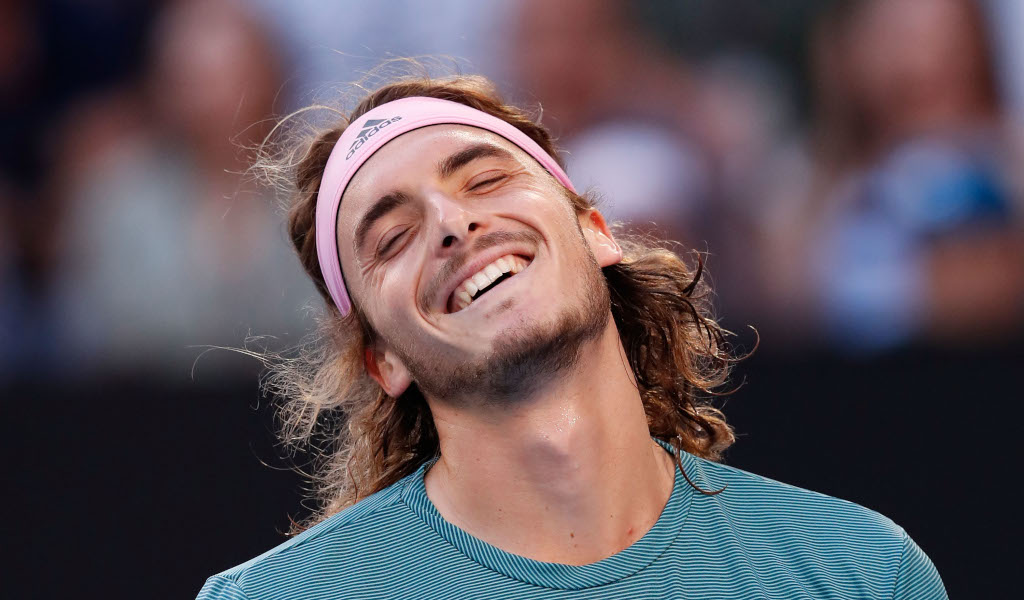 In Tennis Today, Stefanos Tsitsipas delivers the inspirational post of the day while Bernard Tomic delivers a “taunting wink”.

What’s on the site
Rafael Nadal to win Monte Carlo, Barcelona, Madrid, Rome and the French Open this year? Our tennis betting expert Derek Bilton thinks it’s a good bet at 14/1. He’s got that and a few other tips for you.

Away from tennis, Nadal is engaged with his girlfriend of 14 years Xisca Perello.

Maria Sharapova’s shoulder woes continue as she was forced to withdraw from the St Petersburg Open.

Staying in St Petersburg and Petra Kvitova has moved on pretty quickly from her Australian Open heartbreak.

Over at the Thailand Open, top seed Garbine Muguruza was made to work for her win by Mona Barthel.

What’s in the news
Bernard Tomic is to appear on 60 Minutes and, after seeing a trailer for the interview, the Daily Mail reports he had an “astonishing TV reaction after interviewer calls him a ‘lazy, selfish brat'”.

And what was that “astonishing reaction”, you ask?

“Bernard Tomic delivered a taunting wink to reporter in an upcoming interview”.

They even have a screenshot of the wink.

We reported earlier this week about social media followers spotting Andy Murray’s “dingle dangle” during an X-ray of his metal hip.

Naturally Murray was butt of all jokes on Good Morning Britain, but he texted Piers Morgan and told him to stop mocking his “genitals on national TV”. It’s In The Sun.

A tennis coach has found tournament invitations addressed to Andy and Jamie Murray during a garage clean-up, 23 years after he forgot to send them. The Daily Mail has the story.

What’s on social media
Inspirational caption of the day comes from Stefanos Tsitsipas, who likes to be “naked” and “raw”.

I like me better naked. I don’t mean that in a vain way… When you put clothes on, you immediately put a character on. Clothes are adjectives, they are indicators. When you don’t have any clothes on, it’s just you, raw, and you can’t hide.

Not just a metal hip for Andy Murray.

Here is Out of context Robbie Koenig: Part 2 from TennisTV.