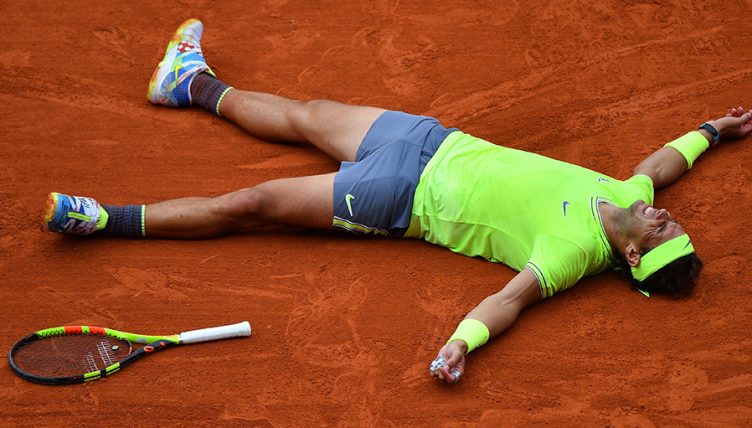 In Tennis Today, everyone is having their say on the brilliance of Rafael Nadal even, slightly awkwardly, Dominic Thiem’s girlfriend…

What’s on the site
If reaction to Rafael Nadal’s incredible 12th Roland Garros title is your bag, then we have a veritable feast for you today.

Hear from the man himself, who has lifted the lid on the ‘drastic changes’ he has had to make to his attitude to learn to manage his injury struggles this year.

His coach, Carlos Moya, has also been in candid mood, and has explained the ‘genius mentality’ that has allowed Nadal to come back and win the historic title.

That title, of course, has put Nadal just two behind Roger Federer in the Grand Slam title count. Is he thinking about catching him, and since we are already looking forward to grass season, what are his plans for Wimbledon warm-ups?

Dominic Thiem, meanwhile, says that tiredness was definitely a factor in the final, but he has vowed to continue his quest to dethrone the King of Clay from his Paris throne.

And our man James Spencer has wrapped up all the talking points from another great French Open for you right here.

What’s in the news
The Guardian have a lovely feature on new Grand Slam champion Ashleigh Barty, which looks into her journey to the elite of the women’s game.

Barty’s path has not been all that conventional, so it’s worth a read.

It also offers insight into her relationship with her coach, Craig Tyzzer, who is quoted in the piece as saying: “Her drive is one of the strongest aspects of her game,”

“She has pushed all of us in her team hard to get better and do more for her. She requires that and really pushes us for it.”

Meanwhile, the stars have been reacting to Nadal’s incredible achievement at the French Open this week, and the BBC have done a little wrap.

There is also a little reaction from Dominic’s Thiem’s girlfriend, who was far more magnanimous that we probably would have been!

Finally, Venus Williams has accepted a wildcard to make her Birmingham debut next week.

What’s on social media
There’s really one place to start here, isn’t there! The champ is here…

Tennis TV have done a tremendous little picture tribute to him too.

Seeing her boyfriend’s heart broken in the final also hasn’t appeared to have soured Kristina Mladenovic’s love of Roland Garros either, which is nice. Easier when you’re a winner yourself though, right?

The Rafael Academy decided to very subtly remind us of how dominant their man is on the Paris clay. Thanks, Rafael Academy, but we already noticed for ourselves!

And, finally, there was a cake. There is always a cake, right?