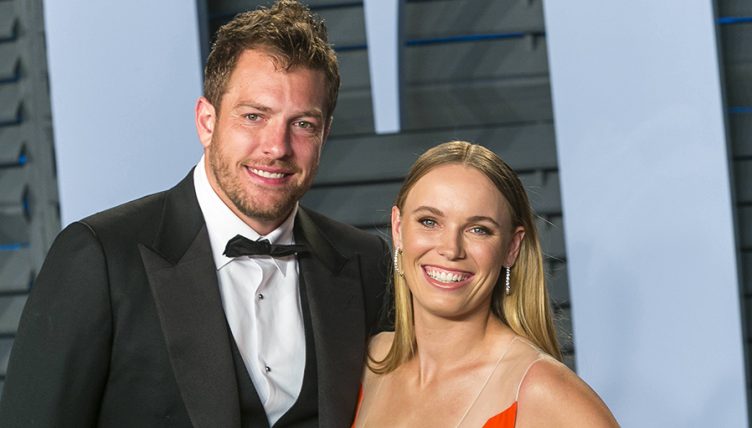 In Tennis Today, Vogue have the inside scoop on Caroline Wozniacki’s wedding day, and Johanna Konta reveals how shes feeling after her French Open heartbreak.

What’s on the site
What does Juan Martin del Potro think of Andy Murray’s comeback, the Scot’s future chances, and the dominance of Roger Federer, Rafael Nadal, and Novak Djokovic?

He has revealed it all in the second part of his chat with Kevin Palmer, so make sure you give it a read.

We also have an ATP betting preview for this week with Queen’s and Halle very well-covered, so why not see if you can make yourself some extra summer spending money.

Speaking of Queen’s, if you were thinking it’s just a simple Wimbledon warm-up, then think again. Lynsey Thompson has taken us through a star-studded list of former winners.

And why not have another little update from Andy Murray? He might be playing doubles this week, and for the next few months, but he has revealed details of his longer-term career plans.

What’s in the news
Johanna Konta may have suffered heartbreak at the French Open, but it doesn’t seem to have dampened her spirits.

The British number one lost in the semi-finals at Roland Garros, but it has only strengthened her desire to win a Grand Slam.

“I thought I did a good job at digesting the good things that I did and learning from the things I want to do more of, or differently next time,’ Konta is quoted as saying in the Daily Express.

“I definitely think about lifting the big trophies and I dream about winning Slams. I think about that all the time.

“I started playing when I was a little girl because I dreamt of being No 1 in the world and winning Grand Slams and that is still why I play.”

And, if you want the inside scoop on her big day, Vogue have you covered.

Thank you all for your birthday wishes!!! ❤️ Very happy that I could spend this day with my family.🙏🙏🙏

Queen’s did some name-dropping…

You can feel the history. ⁣ ⁣ Who will join this illustrious list on Sunday? ⁣🏆 ⁣ #QueensTennis #FeverTreeChampionships

A post shared by Fever-Tree Championships (@fevertreechampionships) on Jun 17, 2019 at 1:36am PDT

Srećan rodjendan Jubičak! Još jedna godina za pamćenje. Naša deca i ja smo zahvalni što te imamo u našim životima koje ispunjavaš svakodnevno sa puno ljubavi i saosećanja ❤🤗 Ljubimo te i volimo iz sve snage ⠀⠀⠀⠀⠀⠀⠀⠀⠀ Happy Birthday Jubičak! Another year to remember. Our kids and I are grateful to have you in our lives which you fill daily with love ❤ and compassion. Thank you for striving to always be the best version of yourself. We love you with all we are @jelenadjokovicndf