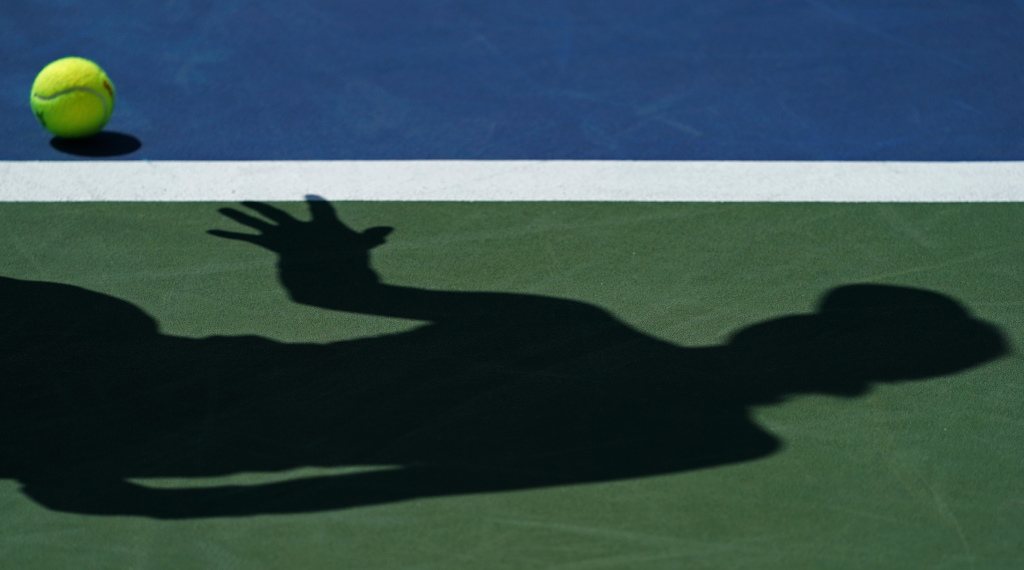 In Tennis Today, the sport’s ugly side rears its head as an umpire has been suspended for some disgraceful comments during a match while a brawl overshadowed a match at the China Open.

What’s on the site
The 2020 grass-court season is still several months away, but it is never too early to get tickets and you will get good prices if you buy now as the LTA has released early-bird specials.

Go on, you know you want to.

The Asian swing is in, erm, full swing and Novak Djokovic made a winning return to action following his recent shoulder woes.

Speaking of Djokovic, the world No 1 insists he is interested in the “who ends up with the most Grand Slams battle” as he is focused on fuelling his own journey and creating his own legacy.

What’s in the news
A tennis umpire has been suspended by the ATP over his conduct during a Challenger match between Italy’s Enrico Dalla Valle and Pedro Sousa of Portugal.

Gianluca Moscarella apparently told one of the ball girls “you are fantastic” and “very sexy” and also asked her “are you ok? It’s hot. Do you feel hot? Physically or emotionally?”

Footage of some of the incidents appeared on social media and Tennis Life got the following statement from the ATP.

“We are aware of a number of incidents involving chair umpire Gianluca Moscarella during a match between Pedro Sousa and Enrico Dalla Valle at the ATP Challenger Tour event in Florence last week. Moscarella was immediately dismissed from the tournament when the matter was brought to light, and a full investigation has been initiated. Meanwhile, Moscarella has been provisionally suspended from his services as a contracted ATP Official pending the results of the investigation.”

BREAKING VIDEO! More about the umpire behaviour in that match. Said to ballgirl ““You are fantastic” “Very sexy” “Are you ok? It’s hot. Do you feel hot? Phisically or emotionally?” Is this acceptable addressed to a young girl even if said “as a joke”?https://t.co/IUHEZ5oySa

From one disgraceful incident to another as The Sun reports that a “furious tennis fan punched and kicked ‘rival’ supporter in player’s box at WTA China Open match”.

Andy Murray was put under the microscope by the Daily Mail as he answered their health questions.

“I love chocolate biscuits, particularly the milk chocolate Leibniz ones,” is one of his answers.

What’s on social media
Roger Federer has touched down in Shanghai and he is looking for a movie to watch.

There were some good suggestions.

But John Isner was not impressed.

I think that movie sucks! https://t.co/t7w5AIcTcY

And in case you missed Novak Djokovic’s sumo wrestling exploits the other day, here you go.

Novak Djokovic tries his hand at sumo wrestling ahead of the Japan Open 🇯🇵 pic.twitter.com/vLTRIteu9x