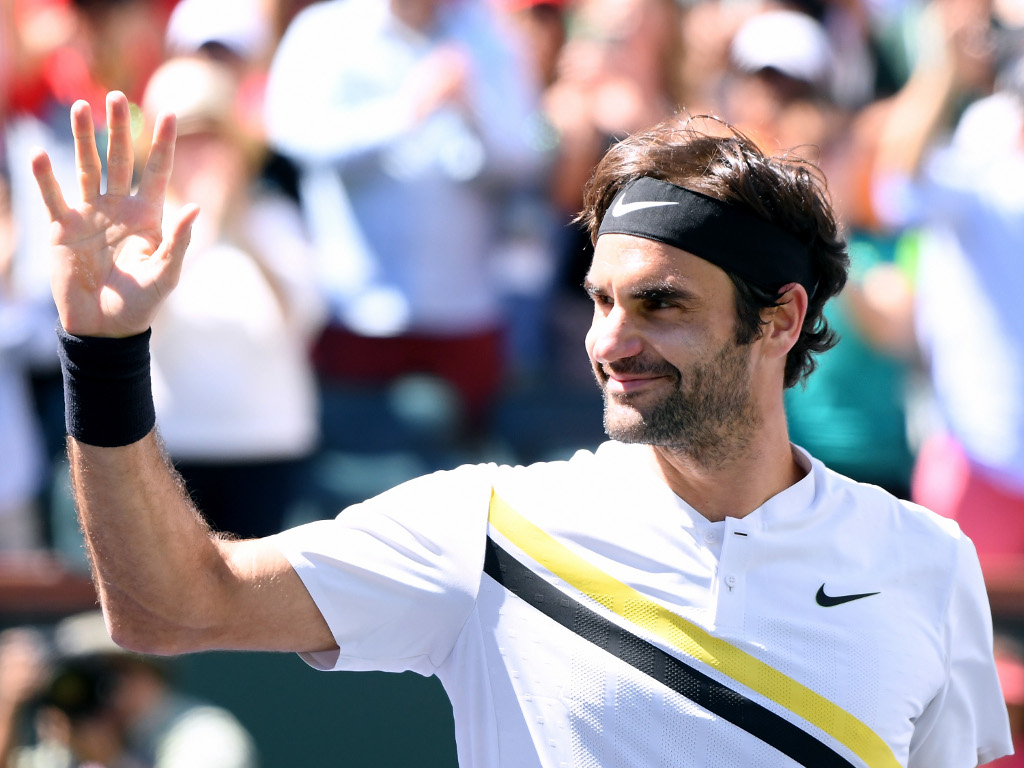 In Tennis Today, Roger Federer is the latest tennis star to hit the small screen as he will appear on Running Wild with Bear Grylls while Serena Williams continues to dominate the news.

What’s on the site
The recent report on possible match-fixing in tennis raises uncomfortable questions for the ITF, says John Nicholson.

Roger Federer’s decision to skip the clay court season continues to make headlines and now Rafael Nadal says it’s because the Swiss is worried that he’ll “lose that aura of invincibility” if he plays on his least favourite surface.

Being Serena made its debut on Wednesday evening so check out our Five must-see tennis documentaries to rival the HBO series.

What’s in the news
Serena Williams has dropped outside the world 400 on the back of her maternity leave, but many feel she should be seeded for Wimbledon. Telegraph Sport’s Kevin Mitchell makes his case, saying it would be “for the good of the game” and she “shouldn’t be punished for having a baby”.

Here is Newsweek’s take on Being Serena.

What’s on social media
Tennis stars are taking over the small screen as Roger Federer is to appear in Running Wild with Bear Grylls on Discovery UK. We searched long and hard for a picture of an unshaven Federer that we could use, but unfortunately the top pic was the best we could find.

New series of ‘Running Wild with Bear Grylls’ starts on @DiscoveryUK next month, feat. unshaven Roger Federer surviving in the Swiss Alps. Bring. It. On. ?????? pic.twitter.com/h4O8Vx9vtz

The two worked on the series last year.

A pleasure to adventure with the legendary @rogerfederer for @NBCRunningWild & @Discovery – sometimes in the wild you have to improvise! pic.twitter.com/MmucUdT2Fu

Marin Cilic tied the knot and of course it was the happiest day of his life.

The happiest day of my life! ???? #wedding #husbandandwife #love #lipamoja

Back to Being Serena and the tennis legend did Twitter Q&A ‘in honor of the premiere of the HBO Series’.

Ace. Because there’s just something so powerful about it. All my aces at the Olympics – particularly the gold medal match. #beingserena https://t.co/gNwYeo2mgv

She also wished she had sister Venus’ return.

I wish I had her return, she has an unbelievable return. And Chip is much better than Alexis. #beingserena https://t.co/ZaP4SVOB9R

But honestly, there are too many to share so just go to her Twitter page if you want to read it all.

Kyle Edmund and Jaoa Sousa went surfing ahead of the Estoril Open.

Just a little something to get you in the mood for next week’s Madrid Open.

Even the pros like Rafael Nadal have to do some dirty work.

What Nadal can do, Janko Tipsarevic can do better.

Unfortunately it is bad news for Stan Wawrinka fans ahead of the Madrid Open.

Unfortunately, our 2013 runner-up ???? @stanwawrinka withdrew due to injury.

We wish you a speedy recovery, Stan! Our #CajaMagica is your ??! pic.twitter.com/JOPeraGYFi

Construction on the new South Building at the Lindner Family Tennis Center continues ahead of this year’s Cincinnati Masters.

This, my friends, is what they call progress. Click the link in our bio to learn more about the South Building AND reserve your seat today! • • • #CincyTennis

What’s on TV
ATP
No live coverage of the Istanbul Open, Munich Open or the Estoril Open.