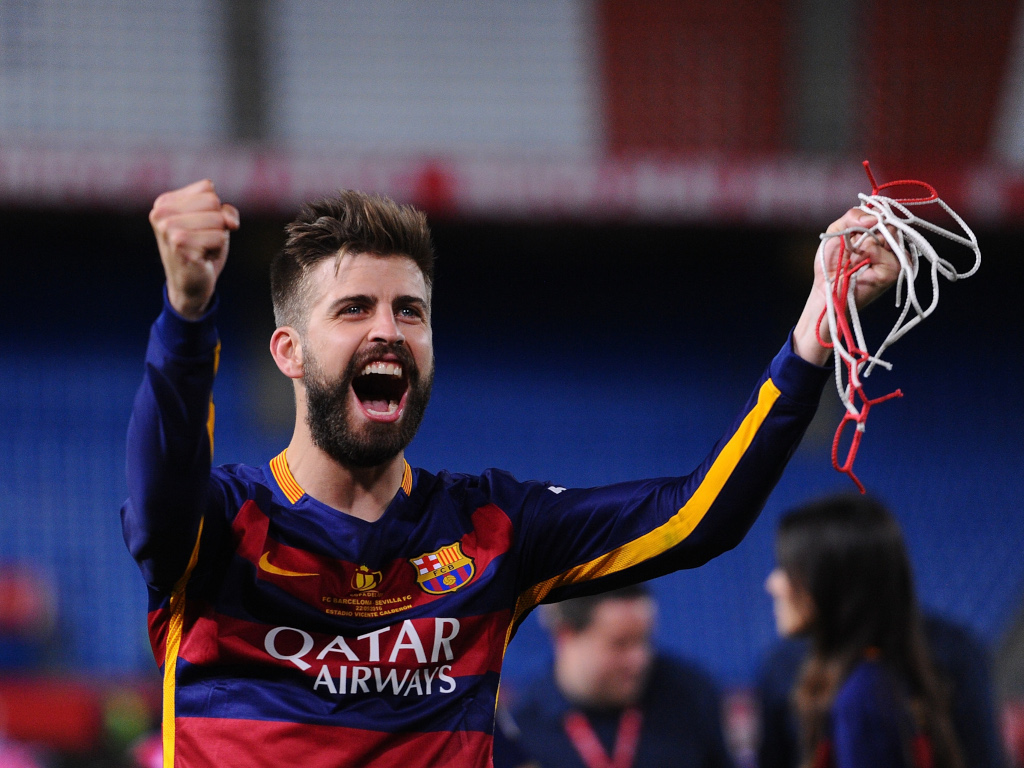 In Tennis Today, Gerard Pique was naturally a happy man after the Davis Cup vote while Genie Bouchard teases her Instagram followers.

What’s on the site
The major story on Thursday was about the Davis Cup revamp after the ITF’s board of directors gave the controversial proposals the green light.

What would make any tennis player shun Wimbledon? Our Tennis Tales looks at the curious case of Thomas Muster and his Wimbledon disdain.

Tennis365 caught up with 18-year-old Irish talent Georgia Drummy and she reveals how she walked away from her family, friends and home comforts in a bid to make it big as a top tennis player.

What’s in the news
There were wild celebrations from Barcelona footballer Gerard Pique after his Kosmos company’s Davis Cup proposals were voted through by the ITF.

Some pretty cool pictures in the Daily Mail as “Pique celebrates wildly”. Unfortunately we don’t have the rights to those images so we had to go with Pique celebrating while playing football.

More on the Davis Cup in The Sydney Morning Herald, and Australia captain Lleyton Hewitt claims “many current and former players saw the new format as ‘a money grab'”.

Serena Williams slaying on the latest cover of Time Magazine as she “opens up about her complicated comeback, motherhood and making time to be selfish”.

And if you are worried that she might throw in the towel after her “complicated comeback”, then this is for you.

“I’m not done yet, simple. My story doesn’t end here.”

She also talks about how being told to stop breastfeeding by her tennis coach was “hard to take from a guy” and reveals how she learned about her sister’s killer being released from prison on the day she suffered her worst defeat to Johanna Konta.

Nick Kyrgios and tanking in a match? We are sure we have read that before.

The Telegraph has the latest on the Australian “admitting he was ‘tanking'” during the Cincinnati Masters.

What’s on social media
It’s been a while since Genie Bouchard teased her Instagram followers with pictures of her bum, well not all of it, but here you go.

And then there is Maria Sharapova.

MY MISSION OFF THE COURT IS TO EMPOWER A NEW GENERATION OF FEMALE ENTREPRENEURS.

What does Marin Cilic do on a match day? Ask no more.